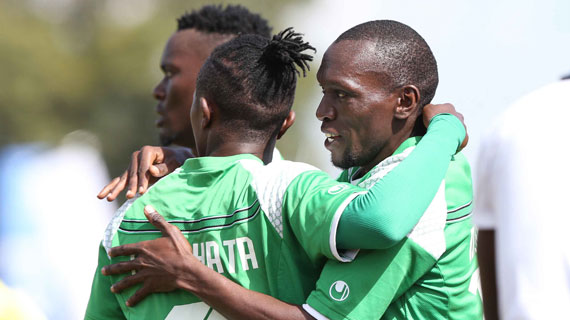 Gor Mahia coach Dylan Kerr has hinted that he will make changes to the team to give rest to the first team players who played on Thursday and Sunday in the Sportpesa Super Cup.

Gor Mahia head coach Dylan Kerr has challenged his side to switch attention back to the Kenyan Premier League in the same momentum they have had over the past week winning the SportPesa Super Cup in Nakuru.

K’Ogalo will face Wazito FC in a league fixture at the Moi Stadium in Kisumu on Wednesday evening as they look to keep their unbeaten run intact and extend their lead at the apex of the standings.

“I think we have had a very good run as a team and the momentum has been great. We are unbeaten so far and it will be a good thing to maintain the same run but I know it will not be easy against Wazito. Though they have not had a good run of late, for them playing against Gor Mahia is like a Cup final,” Kerr noted.

He added; “They will come out all guns blazing and we need to maintain the respect and avoid mistakes which they might use to punish us,” the coach noted.

Meanwhile, the tactician has hinted he will make changes to the team to give rest to the first team players who played on Thursday and Sunday in the Sportpesa Super Cup.

“I need to assess the players and get to know from them who is in the right frame physically and mentally to play. I have an idea of the squad that will play but we need to make sure we pit in a good squad with fresh legs,” the coach further noted.

Gor lead the standings with 34 points, two ahead of second placed Mathare United who have played five matches more. Wazito are second from bottom with 17 points and have lost five matches back to back.