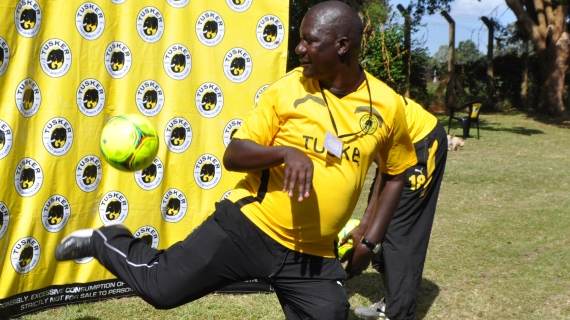 Tusker FC boss Robert Matano says he is set to make more changes to his squad before the June transfer window shuts as he looks to lift the team off a drowsy start to the season.

The brewers haven’t had the best of seasons after overhauling the squad and Matano says he is set to make more additions.

The team has so far made one signing, striker David Juma joining from Matano’s former team Bidco United.

“We are improving slowly because we have at least won two of the last four games and drawn some which shows progress. We have Juma who has come in and before the end of the week, you should be able to see more players,” the coach noted.

“We are doing many changes in all departments because we need to get some perfect balance. We need to have players who can come on and add some strength to the squad. I am confident that we will improve and move up the rankings,” the coach said.

Matano’s men lost three league matches on the trot before bouncing back with a 3-0 win over Ulinzi Stars last week but on Monday dropped two points with a 2-2 draw against Posta Rangers.

Matano was disappointed with the loss especially the manner in which they conceded both goals, the second where the players stood still after the ref had played advantage to Posta irking him the most.

“I was so disappointed with the second goal. An experienced player like Wahome (Lloyd) should not make such a mistake. We made small errors that came to cost us,” the coach noted.

Matano’s men will be at home against Wazito on Sunday at Ruaraka.