Burundi ready for a final against Madagascar 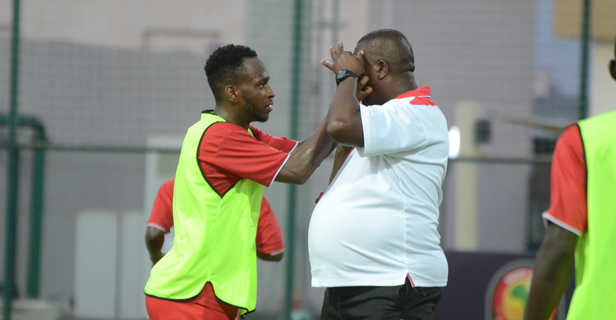 Burundi head coach Oliver Niyungeko says they will be taking their Africa Cup of Nations Group B tie against Madagascar on Thursday like a final, as they look to push through for a qualification to the round of 16.

Burundi started off their campaign with a 1-0 loss at the hands of Nigeria, with fellow debutants Madagascar picking a point in a 2-2 draw with highly fancied Guinea.

“It will be a tough game because I have watched Madagascar and they are not a light team. It will be tough for us. We have already played one final against Nigeria and lost, but now we have to look at the remaining two finals, starting with Thursday,” Niyungeko said.

He added; “We know losing will be tough for us so we have to ensure we get the three points.”

His sentiments were echoed by skipper Saido Berahino who stated;

“We have to show them respect because they played really well against Guinea. All of us watched the game and we know what we are expecting from them and have prepared with that in mind. As players, we never give up and we always try to fight,” the Stoke City forward stated.

A win will see Burundi earn a realistic chance of progressing to the last 16 as they will be on three points, going over Madagascar who will remain on one.