Winning the AFCON would be special, says Salah 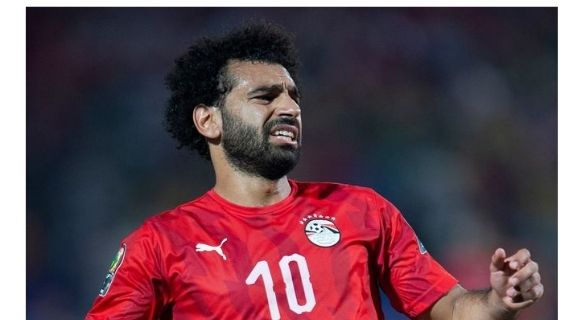 “I lost it in Gabon 2017 against Cameroon in the final, but I can assure you that it is the trophy that I want to win most. I work to win it and that is the story with all the Egyptian players present here,” Salah, who has won the UEFA Champions League and English Premier League titles with his club Liverpool said.

Mohamed Salah has said guiding Egypt to the Africa Cup of Nations title would be something close to his heart as he prepares to lead the Pharaohs in Wednesday night’s round of 16 tie against Ivory Coast.

Salah who has scored twice in the tournament so far believes they face a tough duel against the Ivorians, but has charged on his side to give their all.

“I lost it in Gabon 2017 against Cameroon in the final, but I can assure you that it is the trophy that I want to win most. I work to win it and that is the story with all the Egyptian players present here,” Salah, who has won the UEFA Champions League and English Premier League titles with his club Liverpool said.

He added; “AFCON is an extremely difficult competition and from the start, you have seen that even the best teams are struggling to win. Against Cote d’Ivoire it won't be easy, but our team is gaining momentum. It will be a very tight match,” Salah stated.

The Egyptians have managed to scrape through the group stages with identical 1-0 wins over Guinea Bissau and Sudan, having started their campaign with a similar scoreline in a loss against Nigeria.

Against Ivory Coast, The Pharaohs will face their toughest test yet but they remain confident they can do what they can to progress to the quarter finals.

The two sides have met on 10 previous occasions at the Africa Cup of Nations. Egypt have progressed on each of the previous four occasions when facing the Ivorians in the knockout stages of the tournament. Two of those have come via penalty shootouts, with the second of those coming in the 2006 final (4-2 on penalties).

Meanwhile, the Egyptians will want to erase a rough patch that has seen them eliminated from the tournament at the same stage in the last two AFCONs. They lost 2-1 to Cameroon in 2017 and 1-0 against South Africa at their Cairo backyard in 2019.

The Ivorians have been in sizzling form at the tournament having started with a 1-0 win over Equatorial Guinea, an unforgettable 2-2 draw against Sierra Leone and a 3-1 thrashing of defending champions Algeria.

They will look to continue with their high scoring form and one man that will be looked upon for goals is Ajax striker Sebastian Haller.

The forward, playing in his first ever Africa Cup of Nations tournament is the top scorer of the UEFA Champions League and has been looking forward to show his scoring prowess at the AFCON. He has scored once in three matches.

He says playing at the AFCON is special, and he dreams of title success.

“AFCON is not played only as teams, but with millions of people behind us. I am very happy to take part in it. We are not only 26 players. A lot of people believe in us, and we want to repeat the performances of 2015", said the striker, who has previously turned out for West Ham.

Meanwhile in the late kick off, Mali’s young guns will take on Equatorial Guinea in the other round of 16 tie as they look to do better than 2019 when they were eliminated at this stage.