Walcott and co land in Nairobi ready to take on Sharks 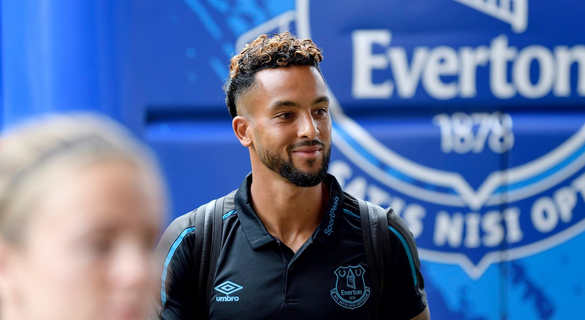 Kariobangi Sharks vs Everton FC to be played at Kasarani

Everton FC touched down in Nairobi on Saturday morning ahead of their friendly match against Kariobangi Sharks in Nairobi on Sunday. The contingent that includes popular players such as Theo Walcott and Andre Gomes touched down at JKIA before heading to their official residence.

Unlike 2017 when they stayed in Tanzania for almost five days with various activities around the capita Dar es Salaam, this year Everron will just spend two days in East Africa. They are expected to leave on Sunday evening immediately after the match to go on with their pre-season plans.

Among the senior players who have made the trip include left back Leighton Baines, midfielder Tom Davies as well as newly signed Andre Gomes who just made his move from Barcelona permanent.

Several star players are missing including keeper Jordan Pickford, midfielder Benard and left back Lucas Digne who might have been given an extended rest. Striker Richarlison is in Brazil for the Copa America tourney while Idrissa Gueye and Yannick Bolasie are in Egypt for the AFCON.