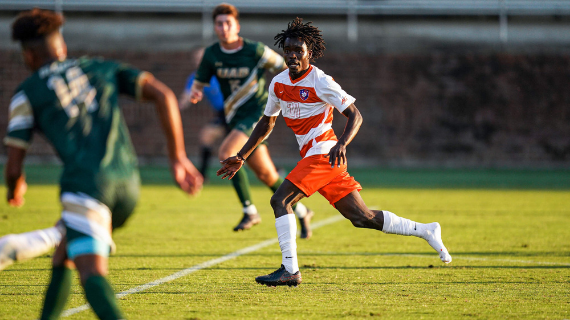 He is also among 176 players, inclusive of two other Kenyans Leroy Enzugusi & Nabilai Kibunguchy who are eligible for the MLS Super Draft slated for January 21.

St. Anthony's Kitale old boy and 2016 KSSSA national winner and  Most Valuable Player Philip Mayaka has been making waves during his spell in the United States of America where he is a sophomore student at Clemson University.

Mayaka’s breakout freshman season for Clemson included game-winners on his first two collegiate goals, eight assists, and starts in 20 of his 22 matches played.

The midfielder’s production in 2019 earned him ACC Freshman of the Year honors and honors as a semifinalist for the MAC Hermann Trophy, awarded to college soccer’s top player. As a sophomore in 2020, Mayaka started nine of his 10 appearances and was named to the ACC All-Tournament team.

His exploits have earned him a Generation adidas contract, a joint venture between Major League Soccer and U.S. Soccer aimed at raising the level of young professional soccer talent in the United States.He is also among 176 players, inclusive of two other Kenyans Leroy Enzugusi & Nabilai Kibunguchy who are eligible for the MLS Super Draft slated for January 21.

“Mayaka is the most MLS-ready player I have coached since being at Clemson,” said Clemson Head Coach Mike Noonan. “He has been a pleasure to coach, and any team would be happy to have him.”