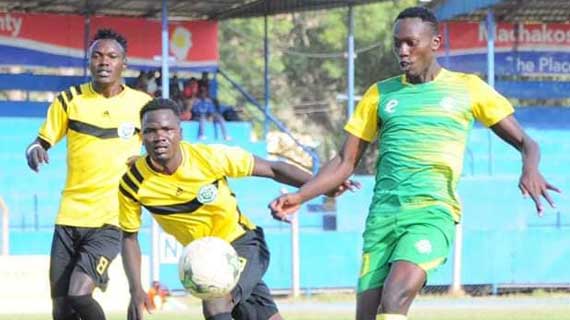 Football Kenya Federation Shield Cup defending champions Kariobangi Sharks were lucky to escape a scare as they equalized in the 91st minute to level the scores against a resilient Bungoma SuperStars forcing the match into post match penalties where they toppled the giant slayers to progress to the semi finals.

After a barren first half , Bungoma SuperStrars who previously eliminated Sofapaka and AFC Leopards on the same Shield championships  took the lead through Iddi Wanjala's header in the 75th minute.

It all looked like it was going to be another shocking result from the Bungoma side but poor defensive mix up in the goal area gifted the defending champions the equalizer in the 91st minute of the match through Eric Kapaito.

In post match penalties, sharks used experience to edge out the first timers who have proved their mettle on the big stage.