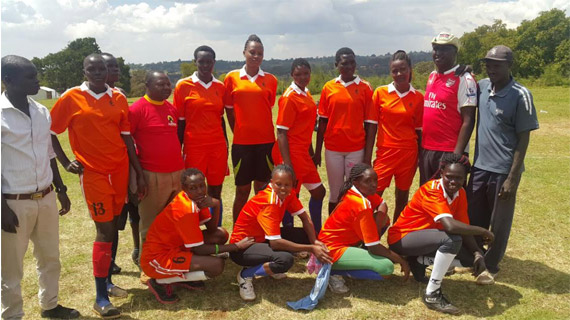 Mount Elgon region became the first team to announce their squad ahead of the 2016 edition of the Bungoma Inter Constituency Volleyball tournament to be held in Mount Elgon on the weekend of 17th -18th December.

The team was selected after a two day Jamhuri Day tournament held in Kapsokwony and supported by Silas Cheren Foundation. The tournament was also used to honour the late Kennedy Chesaina who was one of the greatest contributors towards volleyball development in the region.

21 teams drawn from across Bungoma County participated in the competitive competition that was won by Ladies Hustlers and Cheren Foundation in the women and men categories respectively.

On their way to the finals, Cheren Foundation defeated Kinyoro 3-0  while Kospiro were 0-3 winners over Cheptais.

Kaptama ladies team that was captained by U-23 national team player Damaris Chepkerom  lost -3-2 in the  hotly contested finals against Hustlers.

All semi finalist at the tournament received team uniforms and  cash rewards courtesy of Cheren Foundation.