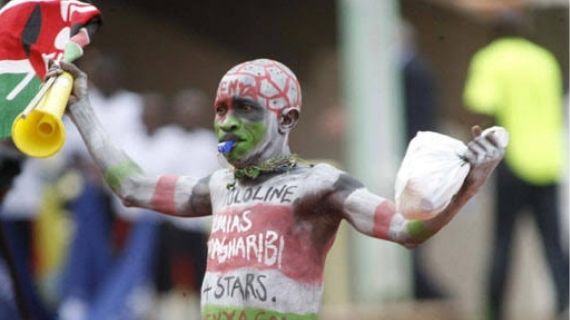 In a previous interview with Michezo Afrika, Juma spoke about the extremes he went through to pursue his passion

Isaac Juma is dead. The Kenyan football superfan is reported to have died on the evening of Wednesday 26 January 2022 after being hacked by unidentified assailants at his home in Western Kenya.

Juma was an ever present fixture at Kenyan domestic and international matches.

In November 2010, Juma was recognized by the Kenya Premier League for his undying passion and love for the game and received the Chairman’s Lifetime Achievement Award.

In a previous interview with Michezo Afrika, Juma spoke about the extremes he went through to pursue his passion, saying, “It is not easy being away from my families but then it is because of my work. My fanatical following of Kenyan soccer does not pay me anything and I have to work hard in selling newspapers so that I can manage to raise enough commission to care for my big family.”

Tributes have poured in as news of Juma’s demise spread through the local football fraternity. Tusker FC goalkeeper Patrick Matasi posted on his facebook page, saying, “He was one of the most passionate Kenyan football fans. Rest well Isaac Juma.”

Former Sports Minister Rashid Echesa said, “I will personally remember him as my constituent and a personal friend who used to visit me making lots of fun and hilarious jokes.”