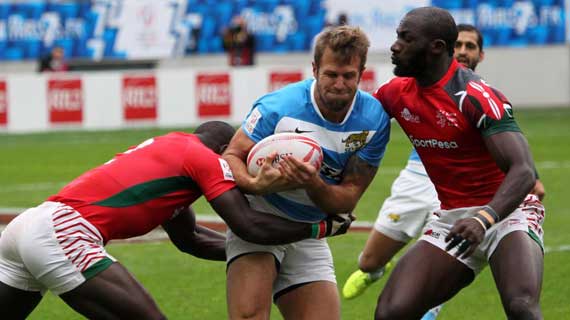 Kenya has been drawn in Pool A ahead of the final leg of the 2016/2017 World Rugby Sevens circuit in London .

Kenya will face series champions  South Africa , USA and Wales in the final leg having collected only one point from Paris last weekend .

With 58 points, the Innocent Simiyu squad is currently placed 12th of the IRB World standings.

South Africa were crowned the series champions in Paris last weekend. The Blizboks defeated Scotland 15-5 in the Paris final at the Stade Jean Bouin  to wrap up the series and Paris crowns. England's earlier loss to Scotland at the same stage meant that they could not overtake the South Africans who have collected 179 points so far.

With one leg to go ,England are second with 145 points.