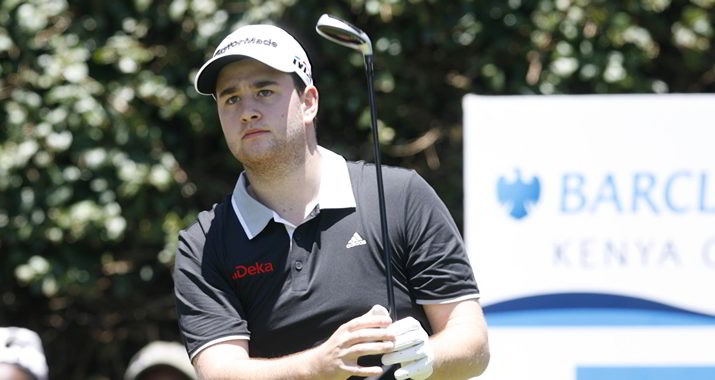 The Barclays Kenya Open Golf Tournament which took off at the Muthaiga Golf Club on March 22, 2018, has gone into the last two rounds. German Professional Max Schmitt took to the leaderboard after he got the day's best round of six under par 65, to guide the only surviving 73 players into the last two rounds of the 50th edition of the tournament on Friday. The 19-year old rookie expressed his regret dropping a shot at the par-five 10th but said he was happy with the round. Friday began well for Schmitt, who picked birdies on the 4th and 7th, then 11th and 12th and 14th and 15th and lastly 17th, a series that ensured he led with a total of 10 under par 132.

Schmitt who his making his first Challenge Tour appearance is leading Johannessen Kristian, Norway, who carded his second 67 for 134, by two shots. Kristian's round had a total of four birdies and an eagle with two bogeys according to www.kenya-opengolf.com.  The 2016 winner Sebastian Soderberg, is also charging closely with an impressive run, having fired a perfect six under par 65, the best score so far in the tournament. He stays in third place alongside Swedish player Simon Forsstrom who posted two under par 69 for seven under par 135 a shot better than day one's leader Max Orrin of England, Anton Karlsson of Sweden, Italian Lorenzo Gagli and South Africa’s Justin Walters.

Also charging to the top with intention of his second victory in the Barclays Kenya Open was 2016 winner Sebastian Soderberg who, like the leader, fired a perfect six under par 65 which has remained the best score so far in the tournament, for a two rounds total of 135. He ties in third place with another. The two were a shot better than day one leader.

This year's edition has seen the locals perform dismally with only two, Mohit Mediratta of Sigona and Windsor’s Riz Charania, making it to the last two rounds of the tourney. Mediratta finished one under par 70 to register three under par after 36 holes while his counterpart Charania hit his second level par 71 to remain in the tournament to its end. The two Kenyans have already bagged for themselves Sh100,000 each from Kenya Open Golf Limited in addition to being in the money bracket. A total of 22 Kenyan pros and four amateurs had entered the tournament