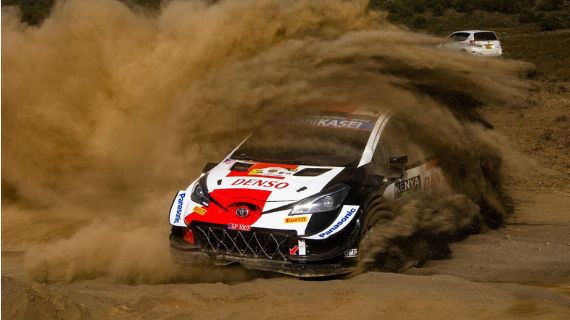 Katsuta, who lies fifth in the standings after four top six finishes from the opening five rounds, admitted the threat of rain made things even more interesting.

Katsuta at the 2021 Safari Rally

Predictably, he’s looking forward to returning to the scene of that result.

“It’s very nice to be back in Kenya,” he said. “Last year was a nice rally for me and a nice result. Can I make that result again? I can’t say that, I can’t tell you – with this rally there is so much that can happen.

“Last year we were a little bit lucky, we had a broken damper and we were able to fix it and carry on. And this year there will be some more things happening like this for the cars, it’s a very big challenge.”

Katsuta, who lies fifth in the standings after four top six finishes from the opening five rounds, admitted the threat of rain made things even more interesting.

“We saw some small rain on the recce already,” he said. “I don’t think we will get rain for the whole day, but some small rain – that will make it even more difficult and you have to be more careful in some sections. But, you can’t take too much care or you will be far away.

“Last year was a very good rally. I will try to do my best this week, like every rally. But I understand the expectation is higher than other rallies. I have to stay on the ground and stay focused.”