Big challenge for Rovanpera at the Safari Rally 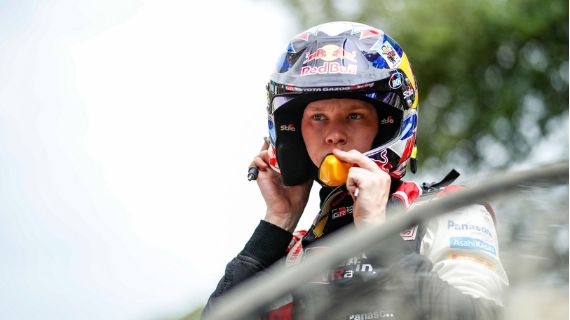 “It’s going to be a tough event,” Rovanperä said.. “Last year already we saw a lot of issues, so to open the road and still have a good rally there would be good.

FIA World Rally Championship leader Kalle Rovanperä has acknowledged the challenge that lies ahead of him at Safari Rally Kenya.

With a 55-point advantage at the top of the championship standings, the Toyota Gazoo Racing driver is guaranteed to leave Africa with his lead still intact regardless of the outcome - but he’s not resting on his laurels.

Because of his championship position, Rovanperä will open the road on Friday’s opening leg, sweeping the dust and loose gravel away to make a clean line for those running further back.

The Finn was tasked with the same job at Rally Italia Sardegna earlier this month, where he actually managed to strengthen his title bid despite finishing down in fifth. In Kenya, he’s expecting a similar test.

“It’s going to be a tough event,” Rovanperä said.. “Last year already we saw a lot of issues, so to open the road and still have a good rally there would be good.

“It’s quite a different rally to usual, and it’s maybe not the one you enjoy the most when you are the in the car, but of course the scenery is great. It’s a special place and you need to approach it a bit differently too.

“Sardinia was maybe not as strong a rally for us as we wanted it to be, but I’m hoping that in Kenya maybe we will not lose so much time opening the road and we can try to have a good weekend.

“Last year, it was a good rally for us overall, we were just a bit unlucky to get stuck when we did at the end of Friday.

“This year we will try to avoid things like that and tackle the event in a better way, because we see a lot of difficult conditions there and things we don’t normally see in modern rallies,” he added.

“We already talked about [our Kenya plans] before Sardinia,” he explained. “Even though Kalle is only young, he’s mature in his mind. He understands that he can take what he can get [next week], but not by doing anything silly.”