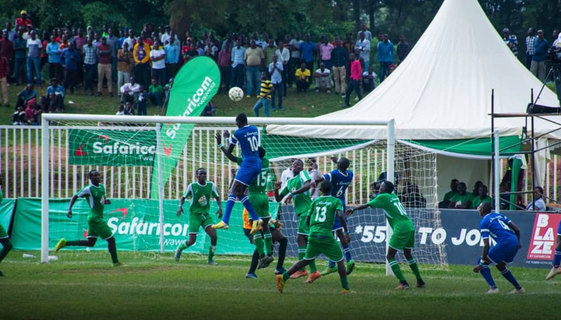 The curtains finally fell on the exciting Chapa Dimba na Safaricom football tournament with Kapenguria Heroes and Plateau Queens being crowned the National Champions in the boys and girls categories respectively at a packed Bukhungu Stadium, Kakamega on Sunday afternoon.

Chapa Dimba revelation and Kapenguria Heroes captain David Majak was the toast of the day with his deft moves attracting cheers from the crowd.

Both Kapenguria Heroes and  Plateau Queens took home Ksh 1 million as prize money  and earned the dream  opportunity to go for an international training and mentorship camp in London in April 2018 where they will train with  Tottenham Hotspur and Harambee Stars captain Victor Wanyama for one week.

The tournament attracted teams almost 1700 teams from all over the country clustered into eight regions.The regional champions qualified for the quarter finals of the national grand finale

Telecommunications giant Safaricom pumped in over Ksh100 million to the Chapa Dimba Na Safaricom football tournament whose aims is to promote grassroots football and propelling gifted players into the national team.