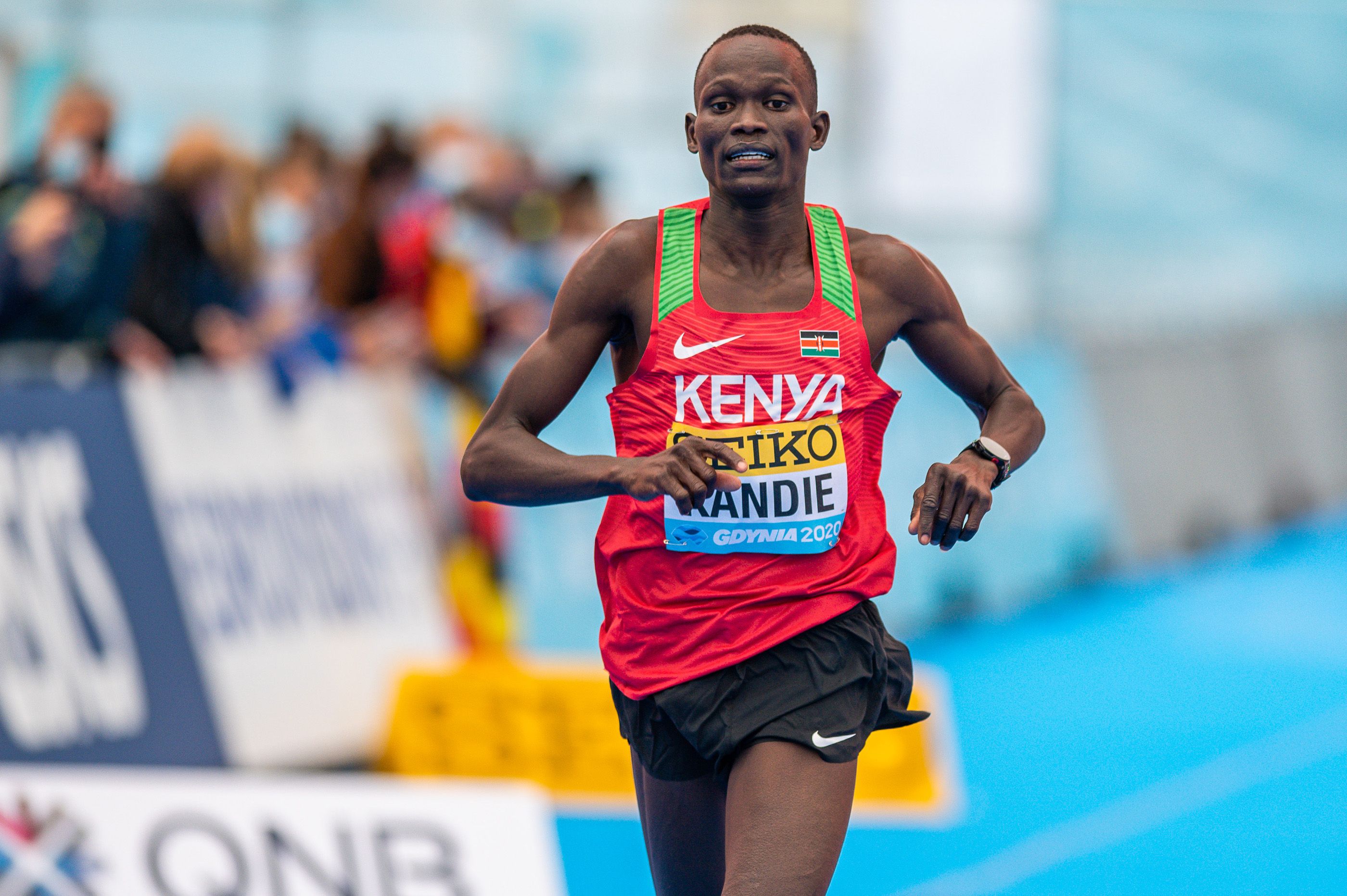 The military man has set his eyes on the 10,000m Olympic title.

World half marathon record holder Kibiwott Kandie has vowed to bring the 10,000m gold medal back to Kenya for the second time after half a century at Tokyo Olympics.

The late Naftali Temu won the gold medal over the distance 52 years ago at the Mexico City Olympic Games (1968).

Since then, the gong has been elusive from Kenyans’ reach with Michael Musyoki (1984 Los Angeles) and Kipkemboi Kimeli (1988 Seoul) both grabbing bronze medals as Richard Chelimo settled for silver at the 1992 Barcelona Games.

At the World Championships, Charles Kamathi was the third and last Kenyan to win the 10,000m race in 2001 Edmonton.

He will look to end Kenya's long run without an Olympic gold in the men's 10,000m, which dates all the way back to the Mexico City 1968 Games thanks to the efforts of Naftali Temu.

Kenya has not won the 10,000m world gold in 20 years, since Charles Kamathi was victorious in Edmonton in 2001. However in his quest, Kandie will  face stiff opposition from the on-form 5,000m and 10,000m world record holder Ugandan Joshua Cheptegei.

Acknowledging that Kenya hasn’t recorded impressive results at the world stage in the recent past, he notes that early preparations will be key to good performance. The military man has set his eyes on the 10,000m Olympic title.

“I am determined to give the world a title winning performance on the track too, hence my resolve to compete in a 10,000m event as I eye an Olympic ticket. Looking back in the history of the distance, I will be elated to hear sounds of the Kenyan national anthem renting the air at the arena in Tokyo,” noted Kandie, the 2020 World Half Marathon Championships silver medalist.

Athletics Kenya will select top track distance runners for a training camp ahead of the national trials for the Olympics.