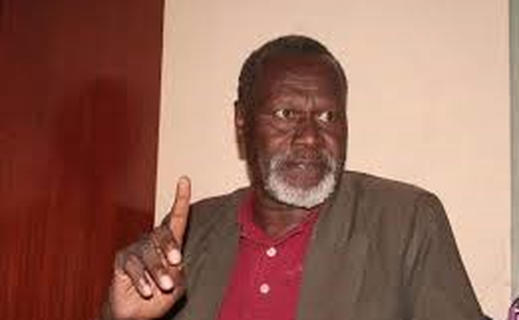 The athletics world has been thrown into mourning yet again, Olympian Daniel Rudisha, father of 800m World Record holder David Rudisha dying early Thursday morning of heart attack. Daniel has been hospitalized for a while after suffering from diabetes and according to his son David, died of a sudden heart attack.

On Tuesday night, RUdisha posted a photo of him and his ailing father saying he had been responding well to treatment and was on the recovery path. However, the former Olympian sadly passed on. This is just a few days after the death of Kenya’s pioneer Olympian Nyantika Maiyoro in Kisii.

Daniel, born in Kilgoris, Rift Valley Province, won the 1968 silver medal with his teammates Munyoro Nyamau, Naftali Bon and Charles Asati in 2:59.6. At the Mexico Summer Games, he competed in the 400m finishing sixth in his heat.

“Rudisha is among the first lot of athletes who represented the country, not for monetary gains but for the love of the game. His love for athletics inspired one of his sons David Rudisha to take up athletics and he is currently the world 800m record holder and two-time Olympic champion,” Athletics Kenya said in a statement.