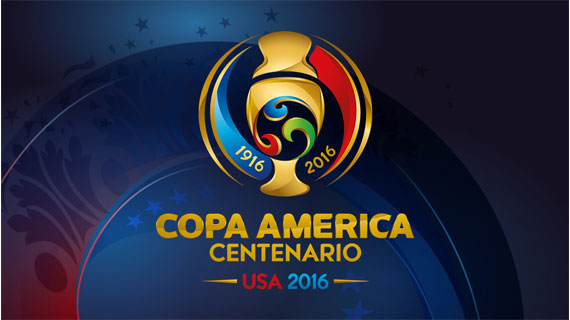 Argentina lost, again. The third consecutive cup final in as many years, their second consecutive Copa America defeat at the hands of their conquerors, Chile. On penalties, again. It had been a bitter 23-year wait for a major trophy for the world’s top team, it might probably be a song heading into its second chorus over the next few years.

Chile won the Centennial Copa America, deservedly so. La Roja took victory 4-2 on penalties, after the game had ended in a barren stalemate after extra time. Their play was well-drilled, they were not overawed. And in El Capitan, Claudio Bravo, they had the man-of-the-match. A toast to Juan Antonio Pizzi, the coach did a sterling job.

Not so for Gerardo ‘Tata’ Martino. Just when his side appeared the overwhelming favorites, he bolted. The majority of the 82,000-plus fans watching at the MetLife Stadium in New Jersey believed that La Albiceleste would clinch victory. They had seen the Unstoppable train smash past opponents with ease in the previous rounds. They expected the world’s best player in Lionel Messi to light up the East Rutherford skyline. None of it happened.

In fact, Messi did not have a great game. He played right into the Chilean hands. Known for his frontline roaming prowess, the Argentine captain was mainly found in the central areas. And when the Little Flea did attack, Chile sent in a whole committee.

Argentina had fielded a strong lineup. Angel Di Maria was back to lead a strong frontline with the likes of Gonzalo Higuain and Messi. They did dominate the first half, with Chile not mastering any single shot.

In the 29th minute, the tide did seem to favor Tata’s side, after midfielder Marcelo Diaz was sent off for a second bookable offence. However, instead of taking advantage, 14 minutes later, Marcos Rojo was sent to the showers with a straight, though harsh, red card to leave both sides with 10 men each.

This game wasn’t a classic, but the keepers did, indeed, provide some entertainment. Top scorer Eduardo Vargas saw his header well saved by Sergio Romero, while Sergio Aguero saw his header destined for the goal incredibly saved by Bravo.

When the penalties came, both Arturo Vidal and Messi missed, while Bravo saved Lucas Biglia’s spot kick to leave the way for substitute Francisco Silva to send Chile into the world of pure ecstasy. They had done it. After a 99-year wait, they won their first ever Copa America last year, and today, they’ve defended their trophy after overcoming a more dangerous, but surprisingly subdued, opponent.

As for Argentina, Lionel Messi, he who has lost four major finals in his career, three of them consecutive, was overcome with disbelief, tears and heartbreak. The genius of the Catalans could not take it anymore and announced his retirement. It is over with the national team, he said. After all, he had disappointed the nation of Argentina.

In addition, word is that some Argentine players could be considering following suit. That would live the great nation in limbo in coming years, following a path trodden by Brazil. Yes, we rarely talk about the Samba Boys in abundance.

As for Chile, this is a stepping stone to clinching South American supremacy seat for years to come. Kudos, Campeones.