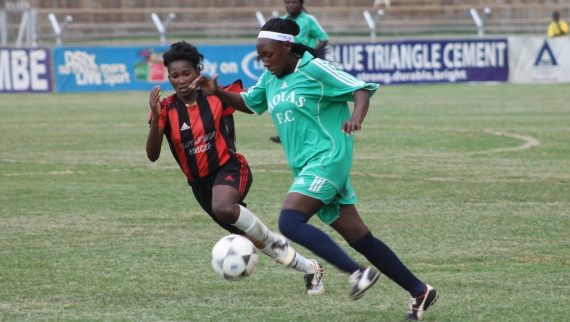 The eagerly anticipated 2013 season of the Football Kenya Federation (FKF) Girls’ Premier League failed to kick off on Sunday 5th of May as earlier planned. According to the organizers, the reason to delay the kick off was to give clubs more time to comply with league requirements.

The league will now kicks off on the weekend of 11th May as so far 12 teams have complied with the rules with the remaining four teams given more time.

FKF’s leagues and competitions Chair Doris Petra while speaking to Michezoafrika.com on Monday morning acknowledged that the league start date has been pushed.

“Indeed we were supposed to kick off Sunday but had to push for a week to allow teams submit the correct and proper list of players.” She said

“So far 12 of 16 expected teams have completed making payments needed to participate in the league. The remaining four will be included in the fixtures as we wait for them to clear.” She said.

Last season Matuu Girls from Eastern won the league ahead of MOYAS, dethroning 2011 champions Mathare United. The number of teams participating in this year’s league has been increased from 12 to 16.