U-17 coach confident of good run against E. Guinea 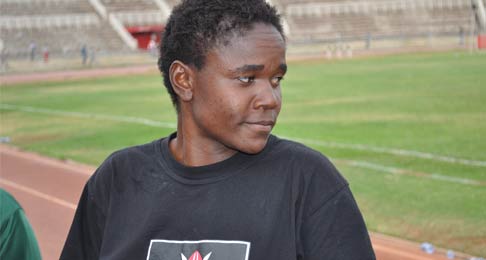 U-17 coach confident of good run against E. Guinea

The under -17 women national football team head coach Florence Adhiambo is exuding confidence that her largely inexperienced squad can defy the odds to overcome Equatorial Guinea when the two sides lock horns on August 17th in a World Cup qualifier.

The two sides go head to head in the first leg tie in Malabo before facing off in the corresponding fixture in Nairobi and Adhiambo believes her charges are ready for the tough call ahead.

“In every competition we go in, we are always optimistic .We bear the underdog tag, but it’s the strength we will use against the opposition” she says,

“My players are focused and are ready to do well. We want to bring honour and it must begin against Equatorial Guinea” she told Michezoafrika.com  in an interview.

Adhiambo has been drilling her charges at the Moi International Sports Center Kasarani ahead of the first leg and expects to fine tune the whittled squad of 25 when they resume camp next week.

Africa has three slots at next year’s World Cup finals set for Costa Rica and the Kenyan queens will be among those seeking to be grab one of the positions.