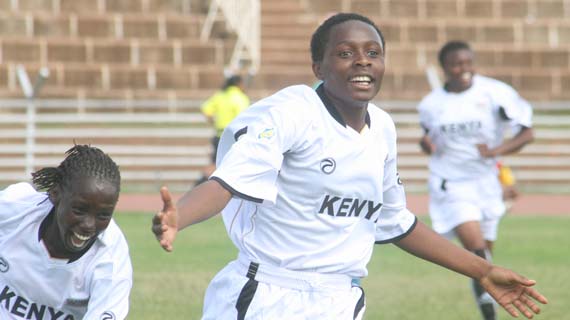 The Kenyan U-20 ladies’ soccer team left Nairobi on Wednesday evening at 6:00PM for Tunis Tunisia where they will play their hosts in the return leg of the FIFA U-20 women’s world Cup qualifier needing to win convincingly to overturn the 1-2 home defeat in Nairobi for a chance in the next round.

Team coach Florence Adhiambo while speaking to michezoafrika.com shortly before departure sounded confident that her girls have trained well and ready to cause an upset in Tunisia.

“We have come from far and it is because of the dedication and determination of these girls. Kenya is for sure full of women soccer talents and this far proves the point. We are going out trailing by a goal but judging by the way my girls have been performing especially away, am confident we are capable of overtuning the results. Tunisia is not super special and we have trained well enough to surprise many.” She said.

The Kenyan team is expected to arrive in Tunisia on Friday morning, hold a light session at the match venue the same afternoon before taking on the Carthage Eaglets on Saturday afternoon. The team is then expected to return home on Monday.

FKF’s NEC representatives Hussein Terry and Angeline Mwikali are part of the traveling contingent. Hussein Terry is the chairman of the Youth development committee.

Rachael Kamweru is the team’s chaperon.