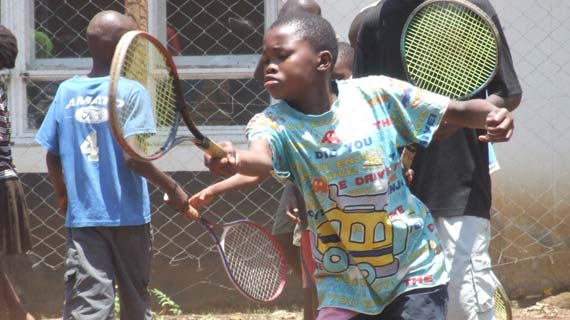 Tennis stakeholders have resolved to form a new tennis body this is after a meeting which was conducted over the weekend at Kisumu hotel.

The stakeholders across Nyanza, Western and Rift valley said they are forming the body “not to fight Kenya Lawn Tennis Association (KLTA) ,but to show what they could have done since getting legal registration in 1922.”

The group spokesman Rocky Ngado said their major aim is to make tennis inclusive across the 47 counties in Kenya. “We want to develop tennis from lower to higher institutions and push high schools and Universities to offer tennis scholarships.” said Ngado.

Ngado said that KLTA during its annual general meeting last year promised to give the new constitution by November last year, and this never happened.Ranking tournaments are only being organized in Nairobi and Mombasa with other regions ignored while national junior players selection is based on who is in the association.

He added that other reasons behind the forming of the new body is to  offer more coaching courses, and development of junior players as well as organization and administration of the game through working with different groups involved like clubs, schools, coaches, parents and players which will results to the growing of the game to enable more people play.