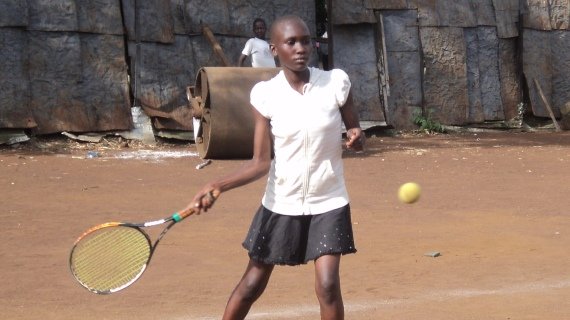 Siblings dominated the two days tennis tournament held at Cosmopolitana Club in Kisumu during the just concluded Amani Tennis Challenge at the weekend.

The event that attracted a total of 160 tennis players across the Western Kenya region and used to launch 2013 tennis calendar of Shining Hope in partnership with Victoria Tennis Academy, saw Diana Kwamboka (who has only played tennis for a month) of Kosawo School winning the girls Under 12 title after defeating Susan Adhiambo 4-2.

Meanwhile, Shining Hope Organization have unveiled Western Tennis Circuit which will run in Kisumu, Mumias, Kakamega, Eldoret, Nakuru, Migori with the final leg held in Kisumu. Only registered members as well as top eight players in each age category and are ranked by Victoria Tennis Academy will participate in the tournament slated for June and December (the final leg).