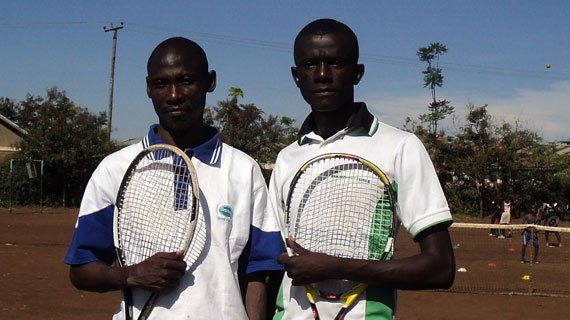 Others who were elected are Bungoma based Tom Amwanzo, Linah Achieng’ the Coordinator and Maureen Akhama Membership Coordinator.

Johannes Okumu has said Kenya Tennis Network should not be viewed as a rival tennis body in Kenya. “Our major aim is to ensure that children who aspire to play tennis across 47 Counties get the opportunity.” He said.

Okumu further said that, long gone are the days when tennis is only recognized in Nairobi and Mombasa," We want to ensure that, children in Samburu, Turkana, Garissa, Mandera, Elgeyo/Marakwet, Siaya, HomaBay, Bungoma and many more get the opportunity to play the game.

Former Kenya tennis players based in the US lauded Kenya Tennis Network saying they are ready to mobilize resources and help spread the game to all parts of the country. Led by Julius Kosgey and Philip Odipo both based at Massachusetts State, they challenge children and youths across Kenya to take tennis seriously.

Kenya Tennis Network is a newly established charitable organization aimed at taking tennis across 47 counties in Kenya. The organization has members from schools, clubs, programmes, academies, universities and corporate bodies.