Kenyans find it tough at the ITF junior circuit 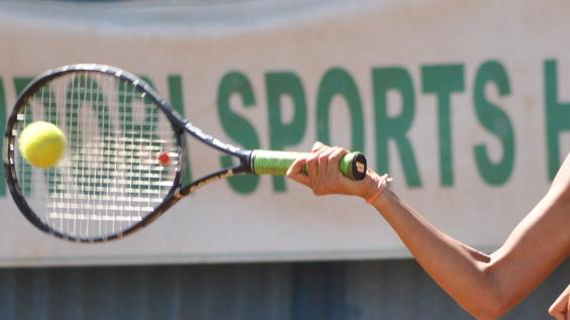 Kenyans find it tough at the ITF junior circuit

Majority of Kenyan players at the International Tennis Federation (ITF) East African Junior Circuit found the going tough as they were eliminated on the second day (Monday) at the Nairobi Club.

Olivier Kagotho could not match Ernest Habiyambere of Rwanda losing his first round match 6-1, 6-1 in boys’ singles category.

Lonah Bhwenje saw her way out of the tournament losing 0-6, 0-6 against India’s Nidhi Surapaneni while Gloria Chelagat conceded a 1-6, 1-6 defeat in the hands of Emmanuelle de Beer of Mauritius.

In another match Robert Nzuki lost his opening match against Thibault Saive of Belgium going down in straight sets of 6-0, 6-1.

Elsewhere Konstantin Isachenko of Russia beat Omari Kasalo of Burundi 6-3, 6-2 while Geoffrey Blancaneaux of France won his match after he beat Italian Ferruccio Cuomo in straight sets of 6-2, 6-2

The tournament is an ITF ranking event and has attracted participants from 34 countries. It has witnessed foreigners taking the drive seat giving the locals little chance in the tourney.