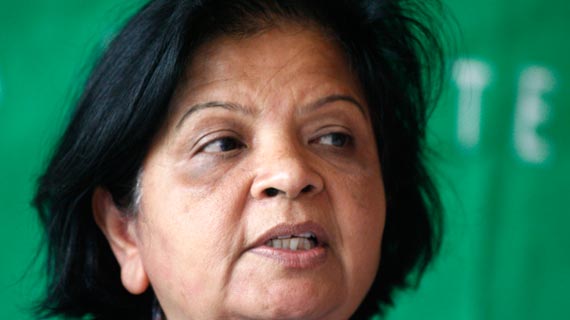 Kenya will play host to the 36th edition of the Africa Junior Tennis Championships that will be jointly held at the Nairobi Club and Public Service Club from the 12th to 23rd March.

This is after the Kenya Lawn Tennis Association KLTA wrote to the Confederation of Africa Tennis requesting to host the edition, this being the first in the East Africa region.

KLTA chairlady Purvi Rawal said the event will start as a warm up  tournament from 12th to 17th of March before the main  Africa junior championships from the 18th to 23rd of march.

“We are expecting 123 players and 0ver 50 coaches who will participate from 27 countries. We shall have 13 Kenyan players taking part in the championships. There players who have made to the championships went through their zones qualification tournament.” She said.

“This is the biggest junior event to be held in the country. We are expecting the best junior players in the continent to take part in our nation and we are honored to have landed the opportunity.” She said.

“We must give credit to our juniors who are coming up very well. Their performance is steadily improving and we hope to see great tennis when the tournament begins.” She said.

The zone that took part in the qualification tournament includes, Central West Africa, Southern Africa, Northern Africa and East African zone. The event will involve players in the category of under 16years and under 14 years for both girls and boys.

Kenya will miss the services of Ismael  Changwa, Ibrahim and most recently 17  year old Nikita Dawda a student at hill crest who has passed that category.