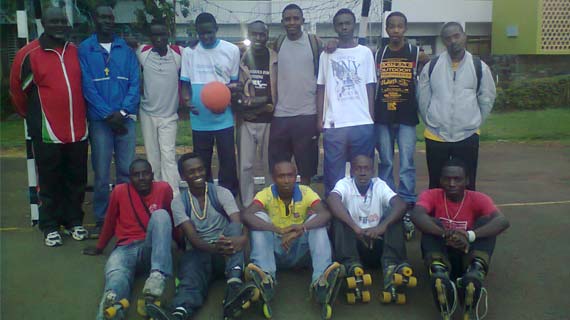 The Kenya Roll Ball Federation will be holding national team selections on Sunday afternoon at the University of Nairobi Sports Grounds as Kenya prepares to host the East Africa Championship/ World Cup qualifiers that is scheduled to kick off from the 25th of January to the 26th at the Strathmore University.

The teams that are expected at the tournament are United Arab Emirates, Nepal and India who have confirmed participation for the World Cup qualifiers while Uganda, Tanzania and Rwanda will be present for the regional tournament.

Speaking to michezoafrika.com Tobias Onyango the national team coach who also serves as a roll ball referee stated that the federation’s aim is to raise a second team that will participate in the tournament since they already have a team A,

“We have a team that has been training throughout last year and that is the main team. Sunday’s selection will aim to get Kenya’s team B that will also participate in the coming tournament and in the future reinforce the main team.” He said.

Onyango pointed out that they had identified good skaters and what remains was to teach them the basics of the game, “the most essential thing in roll ball is to skate and once you can do that the rest is simple. We have identified potential players from the skaters who skate at the Aga Khan Walk on Sundays and when we approached them they were more than willing to be involved in roll ball. At the selection we will probably take the players who have a quick grasp of the basics of the game and I am hopeful all will be well.”

The selection is scheduled to start at 2 pm.