Not yet time for Chelsea's Devyne intervention 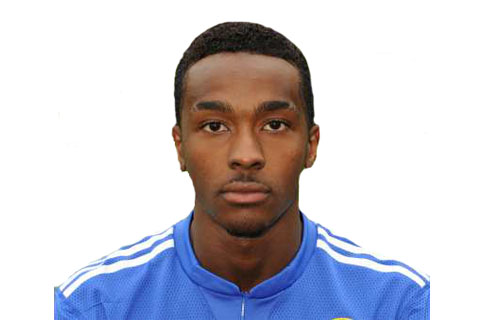 Not yet time for Chelsea's Devyne intervention

The news of Chelsea youthful striker Bobby Devyne joining Harambee stars youth camp was dubbed as one of the greatest revelations to the Kenyan football fraternity eliciting mixed reactions from a cross section of fans all over the country. Fans will however be dismayed that it’s not yet time for “Devyne intervention” as Bobby won’t be joining camp due to delayed call up. This is according to Harambee stars technical director Patrick Naggi. The under 20 side is expected to play against Sudan in less than two weeks.

For a player to be released by his club including a junior side, the parent club needs to be informed well in advance in order to process the required releases for national duty. In Devyne’s case, it was too late for the youngster to join the under 20 camp in time for the oncoming African youth championship qualifier against Sudan due to logistical and technical concerns.

“We failed to get in touch in good time and it will be hard for him to catch up with the team. It’s however a good discovery for us to have realized that indeed we have one of our own playing in one of the greatest academies in the world.” Said Patrick Naggi.

Naggi is however optimistic that the youthful Chelsea winger will be drafted in the youth team to play in the oncoming Olympics qualifiers slated for September this year. The draw for these fixtures is yet to be released.

“We might have been late to have him in this team but we shall definitely have him in camp for the Olympic qualifiers in September because we have enough time to follow all the necessary procedures.” Added Naggi in reference to the Sudan bound squad.

The Kenyan under 23 youth team is expected to play in the oncoming Olympics qualifier’s which gives room for 3 mature players to be included in the squad. Among the already identified senior players to be drafted in the team include: Macdonald Mariga, Dennis Oliech and either Allan Wanga or Patrick Oboya.

In addition ,as a way of nurturing a young team for the future national assignments FKL is determined to maintain most players from the current Under 20 outfit with approximately 10 players expected to be upgraded to the under 23 side come September.

Kenya lacks solid youth structures and continuity in the development of youth talent and this should be a good start to the same.  The ongoing World cup In South Africa provides a great case study for our soccer managers in the country. Ghana have strongly invested in their youth development structures to nurture talent right from the grassroots and the efforts of the West African nation were rewarded through the impressive performance by the Black Stars .

Most of the players in Ghana’s squad have matured through the ranks. Ghana is the current defending champions of the under 20 world cup, a feat achieved in Egypt after defeating Brazil in post match penalties. Dominic Addiya who missed Ghana’s penalty against Uruguay was a member of the under 20 side and was voted as most valuable player in the same youth world cup in Egypt.

As a starting point for Kenya, FKL and KPL should ensure all current premier league clubs to adopt a mandatory youth team. At some point this clause used to exist amongst the KFF statutes with clubs committing to nurture budding talents. Most clubs however have consistently flouted this clause terming it as an added expense to the already financially over burdened clubs.

In Kenya today only Mathare United (MYSA) and Nairobi City stars formerly known as World hope have solid youth structures. Sofapaka are also currently shaping up a youth soccer academy as a feeder to its senior team. An interesting note is that all the three clubs are managed by non- Kenyans: Nairobi City stars’ General Manager is Steve from USA, MYSA has its roots from the Canadian Bob Munro while Sofapaka is run by Presidoir Elly Kalekwa whose roots originate from Congo DRC. Does this ring a bell  to our local soccer management?

Without solid youth program structures, hopes of Kenya producing a national team that can match up to the rest of the world football elite nations remains a pipe dream. The time to act is now.