Zoo respond to expulsion from FKFPL 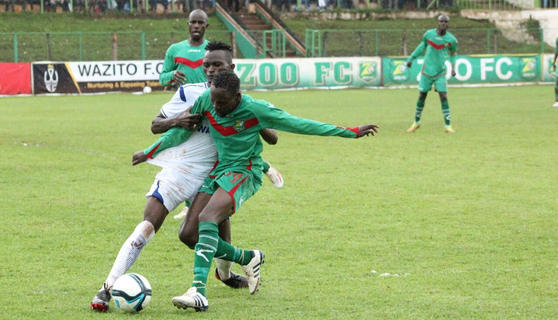 Zoo FC have issued a statement in response to their expulsion from the Kenyan Premier League by FIFA and subsequent demotion to the second tier by FKF.

The statement, posted on their official facebook page appears below.

We were earlier this year charged with manipulation of football matches and competitions contrary to art. 18 of the FIFA Disciplinary Code on the basis of a report compiled by the FIFA Integrity.

The events purportedly leading to the charge involve two of the then Kenyan Premier League matches, now known as the Football Kenya Federation Premier League.

It is fundamentally worth noting that at the conclusion of its Report the department stated: “...FIFA integrity believes that there is not enough evidence to conclusively identify a single specific individual to be held as the sole responsible of the manipulation of the matches under scrutiny, based on the available evidence (namely the performance analysis and intelligence information).”

In essence, it our belief that the Report was inadequate and its findings doubtful. We in fact called upon the FIFA Disciplinary Committee to review the facts and the evidence over and above the said Report.

We were however surprised to receive a communique from FIFA that unfortunately held us responsible for match manipulation pursuant to art. 8 FDC as read with art. 18 pars 1 and 2 FIFA Disciplinary Code and, eventually, the imposition of sanctions that basically relagated us to the Division One League in the 2021/2021 Season. We will in the next ten (10) days write to them to provide further particulars of their decision which we believe is based on the misguided legal concept of “strict liability”

We have since prepared our Appeal to the FIFA Appeals Committee under art. 56 FIFA Disciplinary Code which we shall soon file and are confident our appeal shall be successful.

We shall also seek a stay of execution of the said decision that will allow us to continue participating in the league.

We assure you that we are prepared to exhaust all legal avenues to ensure this unfair decision is reversed including lodging any further or other appeal to the Court of Arbitration for Sports.

We thank you for your continued support and ask you to remain calm as we explore the afore stated.