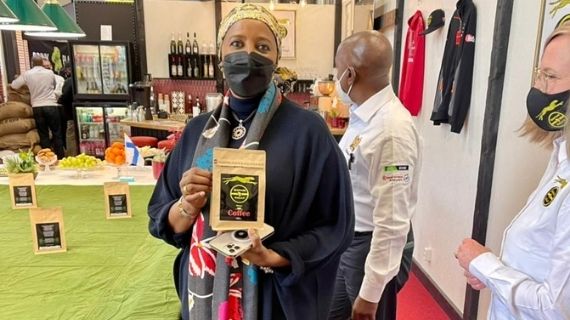 This is the first sporting office to be opened by a Kenyan sporting federation abroad that will become a permanent mobile trade fair in all World Rally Championship (WRC) events to promote tourism, trade, cultural activities and environmental issues abroad.

The WRC Safari Rally has opened an office in Lahti, Finland to coordinate the event’s activities in continental Europe for participants, teams and fans.

The office will also help market Kenya products like coffee and improve trade between Kenya and Finland using the Safari, now a round of the World Rally Championship (WRC) for the next five years.

The Safari Rally CEO Phineas Kimathi who is in Finland accompanied by the Sports Cabinet Secretary Amina Mohamed said yesterday they have also set up an exhibition trade fair stand at WRC Rally Finland which starts today until Sunday in the forest of Jyvaskyla to promote local merchandise, Kenya coffee and sell the 2022 WRC Safari Rally.

This is the first sporting office to be opened by a Kenyan sporting federation abroad that will become a permanent mobile trade fair in all World Rally Championship (WRC) events to promote tourism, trade, cultural activities and environmental issues abroad.

Mohamed who opened the office in Lahti, named by the European Commission as the European Green Capital of 2021, said the objective of the WRC Safari Rally office is to promote Kenya as a major tourism destination, improve trade between the two countries and promote the Safari Rally Greening Legacy Project which has a target of planting 19 million seedlings in the next three years.

“We want to learn from the best. This project intends to plant one tree for every kilo of Kenyan coffee purchased,” she added.

“By incorporating ‘Visit Kenya’ as part of the Safari coffee project, as the Kenyan coffee sells in the Europe rallies, so do our tourist numbers increase.

“This project twins the Greening Legacy and Kenyan coffee sales thereby achieving the forestation goals and our trade volumes”.

Kimathi said the objective of this new venture in collaboration with Red Soil; a Finnish company is to promote trade, environmental issues and sports cooperation through the Safari.

“We are encouraging the Finns who may not attend the Safari to adopt the event by buying one tree for one kilogram of Kenyan coffee they buy,” he said.

“These are a new way of promoting Kenya’s export market and further enable the WRC Safari to become sustainable.”

Finnish drivers such as Rauno Aaltonen, Hannu Mikkola, Juha Kankkunen and Marku Alen have been household names since independence while Finland has close cultural, political and trade relationships with Kenya.