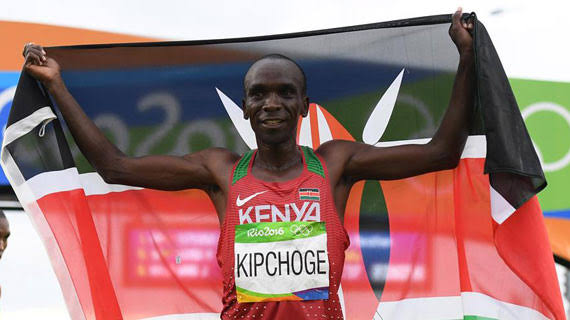 Eliud Kipchoge and Brigid Kosgei, the men and women’s marathon world record holders will lead Kenya’s team for the Tokyo Olympics after Athletics Kenya unveiled a team of 10 in Nairobi on Friday. Three athletes, both men and women will be the ones listed for the games while two will be reserve athletes.

Kipchoge, who is also the defending champion, will lead the men’s team which will also include Boston and Chicago Marathon champion Lawrence Cherono and 27-year old Amos Kipruto who won bronze at the World Championships in Doha last year.

Kosgei who won the world record in Chicago last year leads the women’s charge which will also include reigning world champion Ruth Chepng’etich and pocket rocket Vivian Cheruiyot who won the 5,000m title during the last Olympics in Rio de Janeiro in 2016.

World Half Marathon silver medalist Bedan karoki and African Games Half Marathon champion Titus Ekiru. Vallery Ayabei and Sally Chepyego will be the reserves in the women’s team.