Will we see a Mashemeji Derby in the FKF Cup final? Or will the minnows have their say? 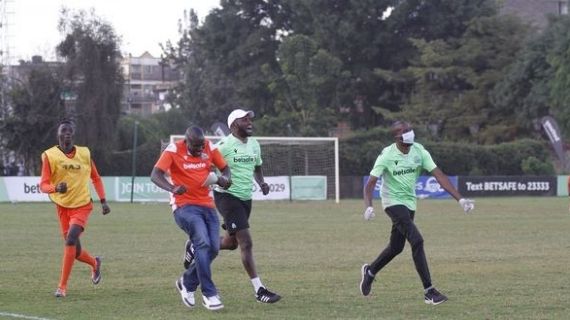 They have to deal with the so called minnows in their semifinal clashes.

There is always a touch of excitement when Kenya's biggest football clubs - Gor Mahia and AFC Leopards face off. There is a potential clash looming on the horizon as the FKF Cup enters its semifinal stage this weekend. (12 & 13 June)

You see, the two teams are a collision course that is very likely to see them meet in the final as they fight for a ticket to represent Kenya in the 2021/22 CAF Confederations Cup.

Gor Mahia reached the semifinal with a 2-0 win over Kariobabangi Sharks while AFC Leopards edged out Tusker 1-0 to book their place in the last four.

They have to deal with the so called minnows in their semifinal clashes.

Gor Mahia will take on Bidco United who are enjoying their first season in the Kenyan top tier. They recently defeated AFC Leopards 3-1 in league action and while the pundits and ardent Gor fans may argue that they are not Ingwe, they have to be wary of the threat posed by the side from Thika who defeated Nairobi City Stars 1-0 to claim their semifinal spot.

AFC Leopards will play an Equity Bank outfit that shocked defending champions Bandari with a 1-0 quarterfinal result. Equity Bank have nothing to lose and that same gung-ho approach could unnerve Leopards and work to their advantage. They will certainly be eyeing a big scalp as they seek to maintain their dream run in the cup.