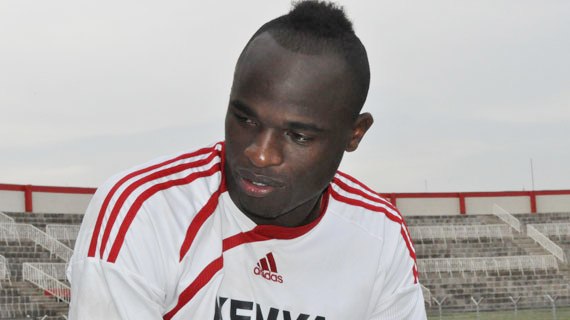 This week, he had a meeting with the club’s management where talks of the deal started, but the finer details will be worked on when the team returns for pre-season next month.

“We had a very successful meeting with Dennis and everything is looking positive. We couldn’t complete the deal because of paperwork and now he has to go back and put everything in order so that we can start processing the work permit,” Eymael said.

“When he comes back on pre-season, we will finalize the deal. He has trained very well with us and I can see he still has the quality and hunger. I am impressed with his performance during trials. He only lacks fitness but that is something we will work on,” added the tactician.

Oliech is looking to break a two and a half year absence from competitive football after leaving his Dubai Club mid 2015. His last appearance for Harambee Stars was in the 2-1 loss to Zambia at Nyayo Stadium in June 2015.

The 33-year old who has scored 34 goals in 77 appearances for Harambee Stars famously scored the goal that took Kenya to its last African Cup of Nations in 2004 against Cape Verde.