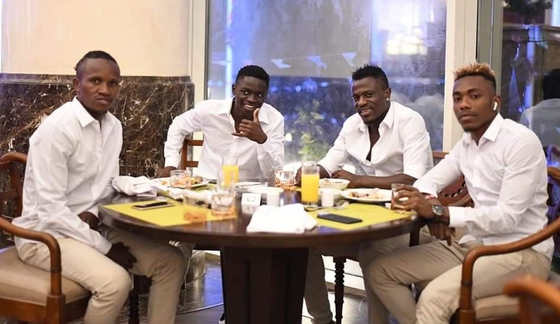 Kenya’s win over Tanzania on Thursday night put them on the brink of qualifying for the Africa Cup of Nations round of 16 for the first time ever in the country’s history. With one round of group matches left in all the six AFCON pools, Kenya has an opportunity to progress.

There are two ways in which Harambee Stars can make history; if they beat Senegal in Cairo on Monday night, then they automatically go through as number two behind Algeria.

Currently in the ranking of the best number threes, Kenya is second behind South Africa who have a better goal aggregate. That might change on Saturday afternoon if Ghana picks maximum points against Cameroon.

If they do so, they will move to four points and go top of the number threes mini table while Kenya drops to third, heading into the final round of games.

Zimbabwe and Guinea both have a point each and if they win against DR Congo and Burundi respectively, they can tilt the balances.

With this in mind, against the continent’s best ranked team, Kenya should try as much as it can to avoid defeat as this would put them in contention. A loss will now pose a wait and see game of what happens in other groups.

Meanwhile, skipper Victor Wanyama treated the team to a dinner as a pat in the back for the win against Tanzania that ensured the team remained in the competition.