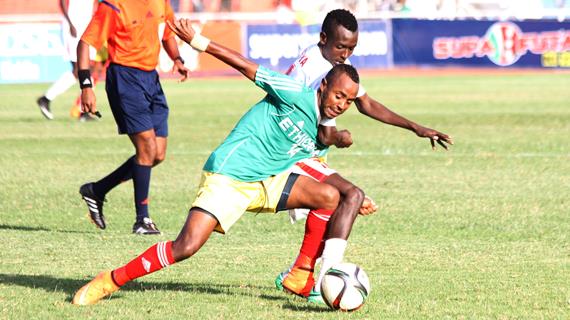 For a country that prides itself to be a giant of economy in this part of the world, much is expected. Not once, not twice has Kenya made headlines in the sporting world for its athletic prowess, but also time and again, the fine talents in MacDonald Mariga, Denis Oliech and Victor Wanyama have also been glossily written about, all the right reasons– a prove that there is abundance of football talents in Kenya, and what is required, is simply to identify and nurture them.

Rightly so, pundits have been in agreement that Kenya’s Harambee Stars is a sleeping giant. Stars, they say, is a team with enormous untapped potential, but for reasons beyond our comprehension has never realised this vast potential.

Their ignominious ouster from the 2016 African Nations Championship in the hands of Ethiopia’s Walia Ibex was a shot in the foot.

For the naysayers, it came as no surprise, while for the optimists and lovers of the game, who pay a fortune week- in, week -out to watch and cheer their favourite Premier League clubs, it was crushed egos and dreams gone up in smoke.

Kenya football fans have suffered for long, but Saturday’s disastrous outcome, was akin to twisting the knife to their already bleeding wounds.

The problem ailing Kenyan football, for starters, revolves around the performance of the KPL clubs, the quality of coaching and the lack of requisite facilities to get the best out of these players.

Many will point an accusing finger at FKF, led by their larger than life President Sam Kengu Nyamweya, for being an incompetent manager and hands off boss, at least where value is needed, but again, the league body, KPL, is itself moribund and mirrors the very deep rot in our game.

In countries where football flourishes, it’s no brainer that the men and women tasked with running the game are people of impeccable integrity, driven by the desire of giving the talented chaps a decent career and life out of their God given talents. In our case, it’s asking too much.

Where we have functional systems, like Brazil, Germany, Holland et al, such talents will not only sprout but flourish, creating a huge reservoir from where we can choose those to don the national colours.

In Kenya, this is unheard of, it is like trying to milk water from a rock! Add that to poor preparations, and average players, then you understand why we are where we are.

A look at the players that embarrassed the Nation on Saturday, gives worrying statistics .All of them  ply their trade in the country’s top division, the best  the country could offer,  but in retrospect, they  could not get past Ethiopia, a football minnow playing in the same league as ours .

In the aforementioned countries, stakeholders have ensured that all league clubs have junior sides within their ranks. Its’ the under-15s, under- 17s, and under -21s that will give rise to the brand of football we want.

Unless, the stakeholders rise up and speak with one voice and get the act right, Kenya will remain the punching bag not just in the region but the continent at large for ages to come.