We were the better team, says Rwanda coach after Kenya draw 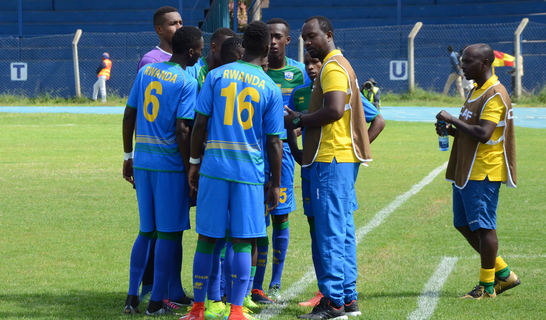 Rwanda Under-20 coach Vincent Mashami said his boys were the better side in their 1-1 draw with Kenya in their African Cup of Nations Under-20 qualification tie in Machakos on Sunday. Mashami was particularly pleased with their performance in the second half and believes they have an upper hand heading into the return leg.

“We lost our heads a bit in the first 10 minutes and allowed Kenya to score but from there we were the better side. I talked to them at half time and told them we were the better team yet we hadn’t scored. We changed our mentality in the second half and played better,” the coach said.

He added; “I was very happy with the result but more so the resilience and fighting spirit impressed me. We never gave up and fought to the final minute.”

Rwanda now go into the return tie with their tails up and he is optimistic they can progress to the second round, adding that they should forget about the first leg result.

“Nothing is over yet. We have another tough 90 minutes to play and we need to give our all again. We play infront of our home fans which will make us a bit comfortable and we need to make that count,” the coach said.

Rwanda came close to qualification for the 2017 showpiece but lost out to Egypt on post-match penalties after a 1-1 aggregate result, having lost 0-1 in Cairo and won the corresponding tie by a similar margin in Kigali.