We have six finals ahead of us, says Thika’s Rutto 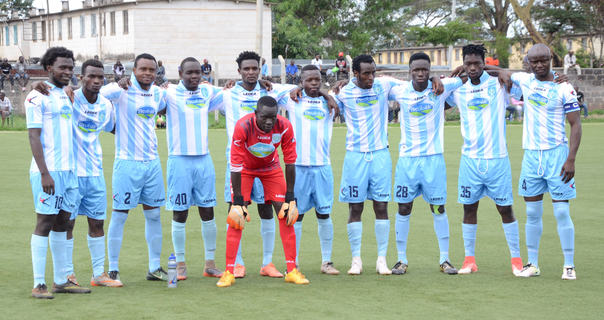 Thika United interim coach Joseph Rutto still harbors hope that his side will evade relegation, despite placing bottom of the standings, 10 points away from safety. Thika who survived the axe of relegation last season by a whisker after beating Ushuru 1-0 in the promotion and relegation play/off have vowed to fight till the last day.

Stand in coach Joseph Rutto who took over after John Njogu left the role has described the final bend of the season as ‘six finals’ and says they will fight to pick maximum points.

“The worst thing you can ever do in life is giving up and for us, we are not losing hope. We know we have a tough task ahead of us, but we will fight with everything we have to remain in the league. The players know that this is about their lives and their future,” Rutto said.

He added; “We have six matches to go and for us all those are finals. We will do our best to win and remain in the league.”

Thika face champions-elect Gor Mahia on Sunday at their home turf in Thika and Rutto hopes they can upset the odds and pick points, despite having not won in their last 11 games. They have lost nine and drawn two.

As they prepare to face Gor, the champions have not trained for the whole week as they boycotted training over unpaid salaries, but Rutto says that is not a reprieve for him.

“You know Gor have played so many games and this week has been great for them. They have managed to rest well so I don’t believe them not training is a factor. As a matter of fact, they are very dangerous now. The task is tough, but we will fight for points,” the tactician noted.

Thika’s last win in the league was on May 27 against Vihiga United in Mumias.