We have nothing to lose against Senegal, says Migne 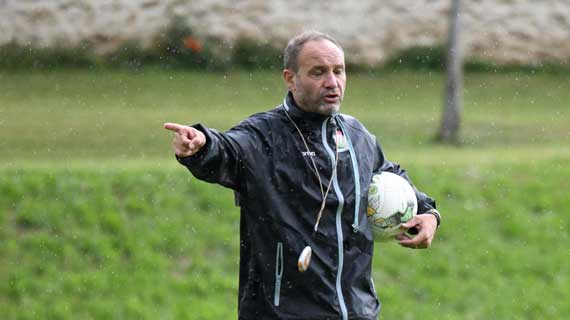 Migne clarifies he has nothing against Kahata, urges team to make history against Senegal

Harambee Stars tactician Sebastien Migne has hinted his side will go all out against Senegal when they face off the Teranga Lions in their final Africa Cup of Nations Group C clash in Cairo on Monday night.

Stars have a chance of making it into the last 16 of the competition if they can avoid defeat at the hands of Sadio Mane’s side and the tactician says they have to go in fearless.

“We have nothing to lose so we must go out and not be afraid to play from the first minute. We are playing against the best team in Africa. It will be tough of course but we have to try and make history, try to write a good story of Kenyan football and show our qualities,” the French tactician stated.

Stars beat neighbors Tanzania 3-2 on Thursday to hand themselves a lifeline in a first ever round of 16 qualification and Migne was impressed with the reaction the team showed to ensure they bagged maximum points.

“It was necessary to change in the first half to have two strikers. It was nothing against Kahata (Francis) because since I came in he has been a key member of my team. But for this tournament maybe it has been a little hard for him,” the tactician stated.

“I accept to lose, but at least we must play. I knew we would get something in the second half and probably more. The best thing is that we won, we won the first game with stake at this competition and we are pleased with the victory,” Migne noted.