We have no excuse for Swaziland loss, says Migne 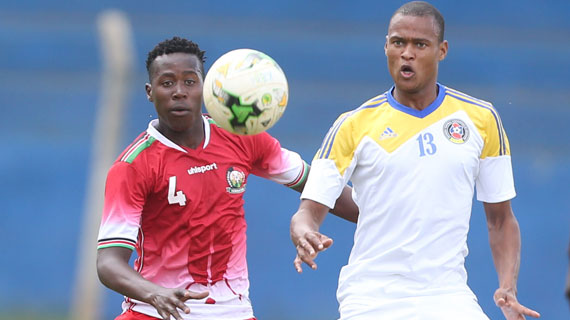 Harambee Stars coach Sebastien Migne has apologised to the Kenyan fans after his team lost by a solitary goal to Lowly ranked Swaziland attracting fury from fans.

Kenya's Harambee Stars in action against Swaziland in Machakos

Harambee Stars tactician Sebastien Migne says the team has no excuse for losing against Swaziland in a friendly match in Machakos last Friday and has apologized to the fans promising better days ahead.

Stars lost by a solitary goal attracting fury from fans on social media and on the pitch.

It was Migne’s first game in charge since being appointed and has now asked for patience as he fixes what he deems as weaknesses in the national team.

“We were sick, but now we try to correct that and develop football. Apart from Gor Mahia players, no one has exposure to the high level. We had only local players for this match, but that is no excuse. I feel sorry for my players, the fans and FKF who gave everything we asked for this game,” the coach noted.

“When I saw 60,000 people in the stadium for Hull, I think you have the potential. Today there weren’t many fans in the stadium but I think it is natural that you have to win for the fans to come back. Now we have to seduce them to come back but we need everyone’s support,” the coach added.

The coach said he was happy with majority of the game but was disappointed with a lack of concentration that saw the Swazis score a late winner.

“It was interesting going one hour; we tried to play football but after we forget a little bit what we have to do. We were tired physically. It was 1-0 and afterwards it was difficult. Offensively it was the same. We have to be better in the box,” the coach added.

Meanwhile, Migne has backed youngster Ovella Ochieng despite receiving bile from fans over his performance especially after missing several chances to score.

“Ovella showed some interesting action for the future, but he needs to have experience, he has opportunity to score in first half, then it’s not the same game. But he has a chance to grow because he is only 18 years,” the coach noted.

He will hope for a better performance when the team play against Equatorial Guinea on Monday afternoon also at Machakos.