We have a long road to take, says Stars boss Migne 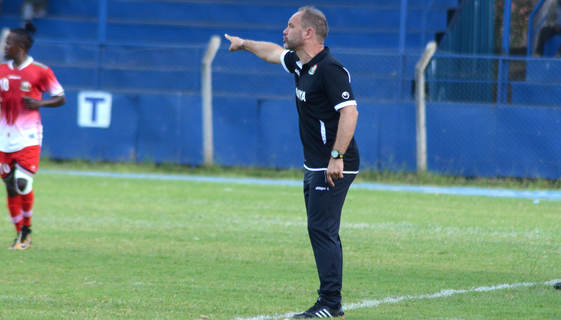 Despite notching his first win when Harambee Stars beat Equatorial Guinea on Monday evening, Harambee Stars boss Sebastien Migne says there is a lot of work to do on the national team before September’s African Cup of Nations qualifier against Ghana.

Migne said there was improvement from the first game against Swaziland on Friday, but notes it is just a tiny step into making the team the kind of outfit he likes.

“We are far but the behavior of the players is interesting. We need some time to be fully operational but we are on the right way. With more time, I can discover more players like today I discovered Musa (Mohammed),” the coach noted after the game against Equatorial Guinea.

He was pleased that the team managed to keep a clean sheet, something he said they had discussed before the match and he hopes they can improve in more aspects even as he continues with the rebuilding process with local based players at the heart of it.

“Many teams playing now have their foreign players but for us it is difficult. But we look at it positively because we are not only building for Ghana. We will continue to work,” he added.

The team will switch attention to the four-nation tournament in India from next week where they will play the hosts, New Zealand and Chinese Taipei. However, the coach might miss several players who have been recalled by their clubs.

Gor Mahia who are looking to defend their SportPesa Super Cup title have categorically stated they will not release their players while AFC Leopards will only allow two to leave.