We didn’t have the quality to beat Sofapaka, says Matano 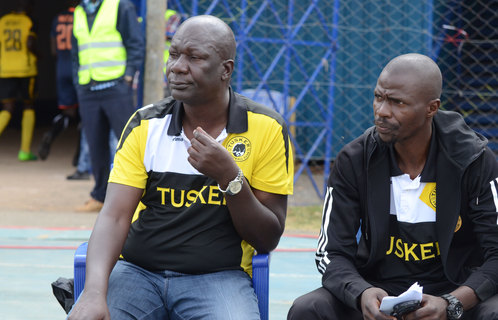 Tusker FC head coach Robert Matano has admitted that his Tusker FC side didn’t have the right quality to beat Sofapaka and book a slot in the semi-finals of the Football Kenya Federation (FKF) Shield on Sunday. Tusker lost 2-1 in a match that they had the lead in.

“We lost, but we know our team is still young. They played the best way they can. We didn’t have the quality to match Sofapaka. Although we have the players to win matches, the real quality and how you can compete was missing. We don’t have that experience enough but they fought well,” Matano said.

Matano was looking to go all the way and clinch the trophy for a second successive season having won it last year with AFC Leopards. He would have also been in a third consecutive final having led Ulinzi Stars the previous year when they lost by a solitary goal to Tusker FC.

However, the tactician now hopes the team can take that energy and focus into the Kenyan premier League campaign. With six matches remaining, the brewers are placed sixth on the standings with 43 points, five away from the top three.

Matano is keen on helping Tusker finish the season strongly having started on a low.

‘We have to focus now on the league. This is over and we want to finish in a good and respectable position,” the coach added.

Tusker’s next match will be away to Thika United on September 19 before they host Mathare United at home four days later and finish off the campaign against Matano’s former employers AFC Leopards, Nzoia Sugar and Champions in waiting Gor Mahia.