We did not push ourselves enough, admits Kenya U20 skipper 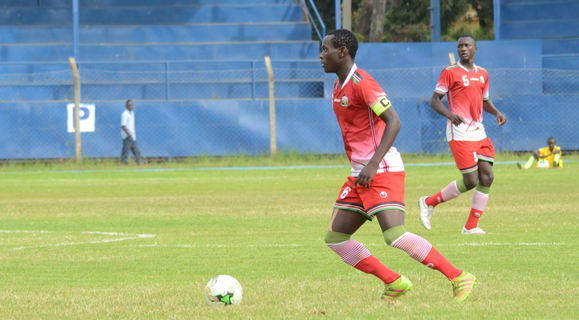 Kenya’s Rising Stars skipper Alpha Onyango has admitted that the players did not push themselves hard enough in their 1-1 draw against Rwanda in an African Under-20 Cup of Nations qualifier on Sunday in Machakos.

Kenya conceded a late goal to see the tie head for the return affair balanced, but Rwanda’s away goal could tip into their favor.

“It is a disappointing result because we needed to win this game as we were at home. We had played well in the friendly matches but today, we did not push ourselves like we have done in the past. But we cannot lose hope because we have the return leg coming up and I believe we can make off a good result if we work hard,” Onyango said.

Kenya will need a high scoring draw or an outright win in the return leg to ensure they progress to the next round where they will play Zambia in the penultimate round of qualifying to the 2019 showpiece in Niger.

Coach Stanley Okumbi also remains confident they can overturn the result in the return leg, though there are particular areas he wants to see them improve on.

“Of course we played very well in the friendly matches and we need to show the players these two games and the difference. The speed of the game, passing and execution was great but against Rwanda, that was our main undoing,” Okumbi noted.

The return leg will be played on April 21.