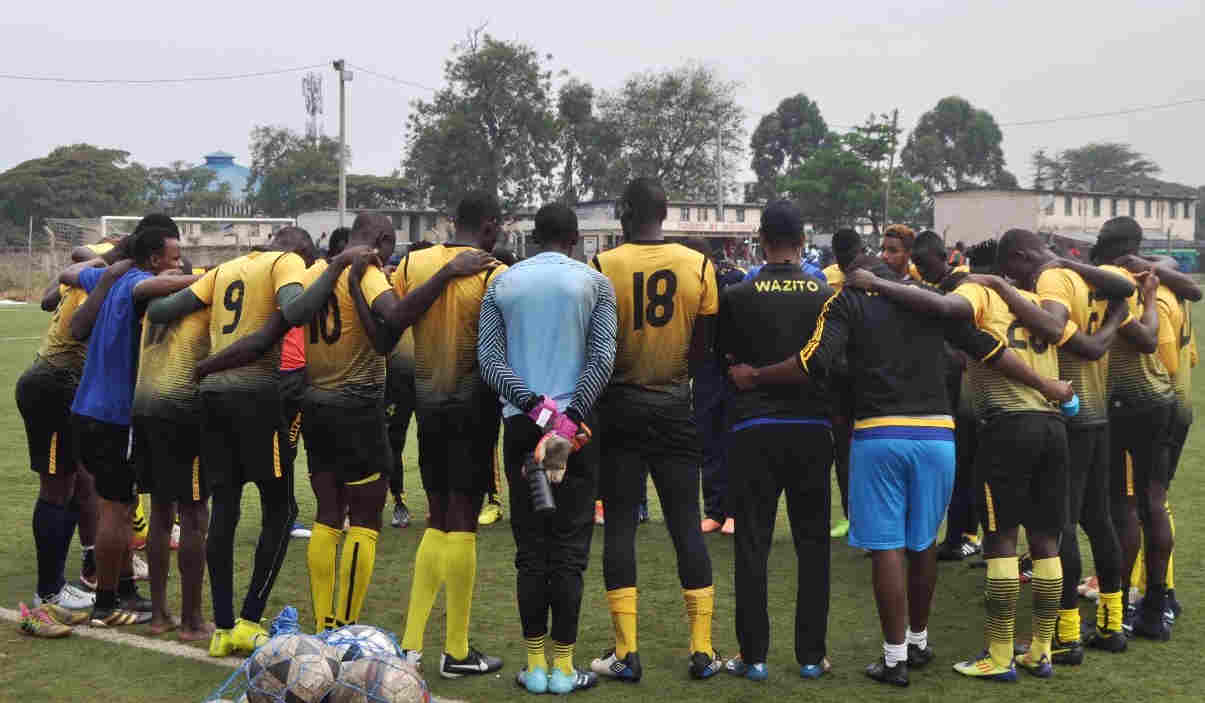 Having lost the first leg 2-0 at the Ruaraka Complex, Wazito FC will be out for revenge when they take on second placed Ushuru FC in a National Super League tie at the Camp Toyoyo Ground on Wednesday afternoon.

Two points separate the two sides on top of the standings and Wazito will be looking at this victory as an important step in their race to not only earn promotion to the top tier but also clinch the NSL title.

“They won the first leg 2-0, but we dominated the match and they won because they took their chances. It will be a tough game and we will go in looking for a win. We are not under any pressure because we don’t want to go in there to make mistakes. We are just taking a game at a time,” Wazito coach Fred Ambani stated.

He said they expect a tough test from Ushuru who suffered a damaging loss to Green Commandos last week and he knows the tax men will be coming in for maximum points.

“They are a very tough side to play against because of their experience and also, they never stop pushing till the last minute. It is something we have to look out for and ensure we make use of the chances we create,” Ambani said.

He will miss the services of defender Lloyd Wahome who picked up injury in training while midfielder Anthony Gathu is yet to fully gain fitness after a long term injury.

Meanwhile, third placed Nairobi Stima who are on 48 points same as second placed Ushuru will be at home against Kenya Police in Naivasha, the side looking to keep their promotion bid alive.

Stima will face a tough police side with the law enforcers coming in with some good form having won all their last five games.

Meanwhile, fourth placed Kisumu All Stars will be at home against struggling Nairobi City Stars at the Moi Stadium. With one win in their last five games, City Stars have dropped to 17th in the standings and the poor performance saw them fire coach Jimmy Kintu