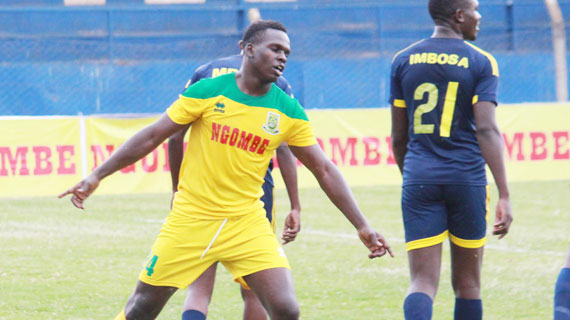 Wazito who are placed bottom of the league were leading 3-1 until the 73rd minute when Cliff Nyakeya reduced the deficit before substitute Klinsman Omulanga scored at the stroke of full time to claw back all points.

Frank Ouna’s men started brightly and were away leading after 10 minutes when former Mathare United striker Derrick Onyango scored with a low shot from inside the box picking a lose ball after keeper David Okello made a double save.

Wazito had started brighter and commanded most of the possession with Mathare forced to chase. Kimanzi had made changes to his squad with new signing James Situma starting at left back while David Owino started off the bench.

Martin Ongori was slotted in at right back with Samuel Olwande partnering George Owino in defense, a change that saw Johnson Omurwa start in the bench. Probably the changes might have clawed them back .

But as the game progressed, so did they start coming into the tempo. They struck level in the 34th minute when picked the ball after keeper Martin Musalia had saved John mwangi’s effort before stepping into space on his right and slotting home.

But the joy of the equalizer was short-lived as Wazito went 2-1 up from the counter attack, Edwin Lavatsa coming to the end of a move he started himself shooting low past Okello on the right after Piscas Muhando’s shot was saved.

At the start of the second half, Kimanzi went all out attack pulling out right back Ongori for Omulanga, a change that saw them coil into three at the back.

The slum boys were almost level five minutes into the half but Musalia was at hand to thwart his former employers, saving Alwanga’s tap from close range before bouncing back up to tap the ball away from Omulanga’s feet.

They were made to pay for the missed chance almost immediately when Onyango completed his brace against his former employers. Kimanzi was immediately forced into another change, David Owino coming in for Alphonce Ndonye.

In the 90th minute, Owino reacted quick again to Oduor whose pass this time found Klinsman and the youngster released a stinging shot that caught Musalia off his guard. Wazito however almost won it late from the counter, but Lavatsa’s shot was saved by keeper Okello in the second minute of added time.