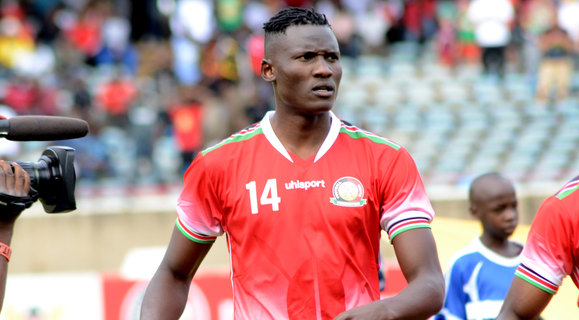 Harambee Stars coach Sebastien Migne has named Victor Wanyama and Brian Mandela in his final squad for next month’s back to back 2019 African Cup of Nations Qualifier against Ethiopia after missing the Ghana match due to injury.

Mandela will be available for selection after serving his one match ban for the Ghana tie and has just returned to first team action with his South African Club Maritzburg United after coming off a four mont injury lay off.

Wanyama was ruled out of the Ghana tie as he was not deemed match fit after only returning to training from injury and has been included after chalking some minutes for his English premier League club Tottenham Hotspur.

Also included for the two legged tie is sensational winger Paul Were. Most of the players who formed a cog of the team in the first leg have retained their spots. Eric Johannah who did not play due to a hamstring strain has been included, while there is no room for deputy skipper David Owino who is yet to recover from an injury picked up in training.

The head coach has also included a stand-by list of nine players who will be called in in the event one of the players in the main list is unavailable due to injury.

Stars will kick off the round with a trip away to Ethiopia for the first leg on October 10 in Bahir Dar while the return leg will be played four days later at the Kasarani Stadium. These two matches, Migne said will be vital in scaling the team’s campaign to next year’s Cup of Nations.