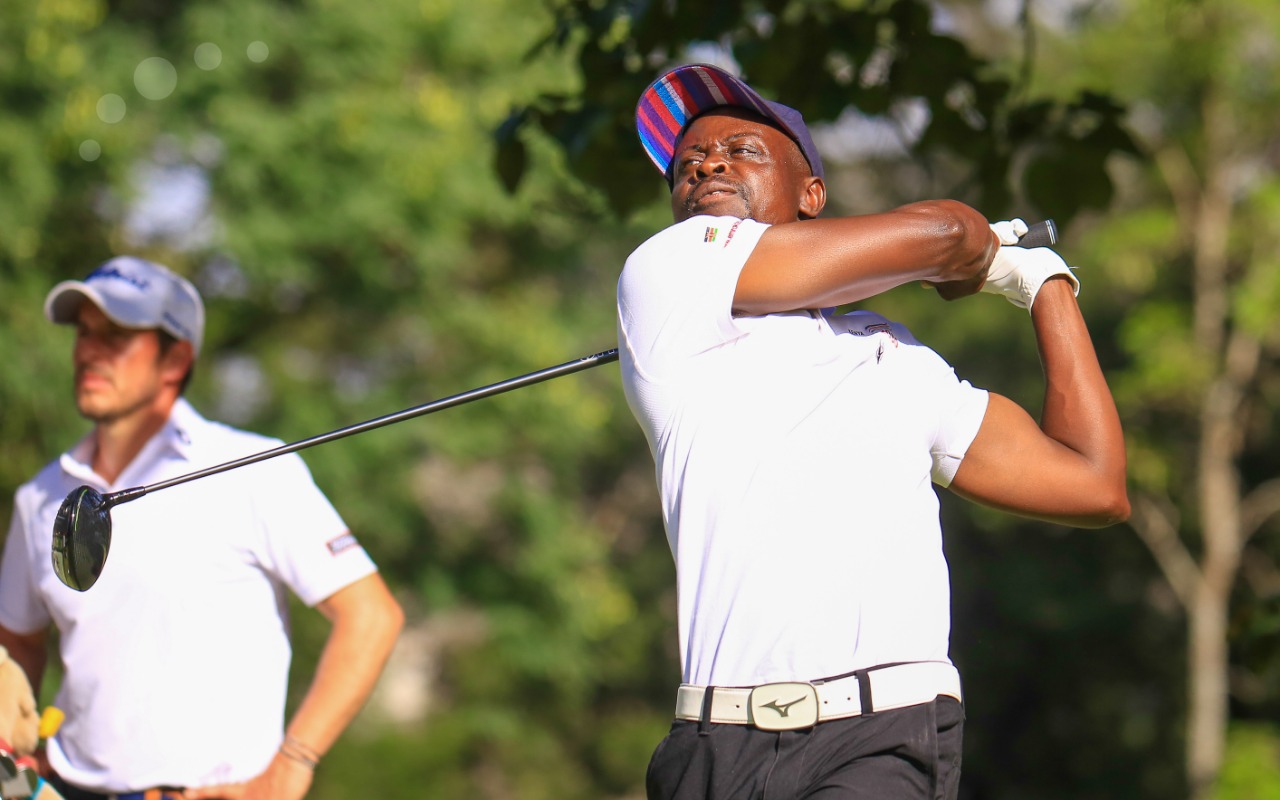 Kenya's David Wakhu carded a score of -3 in round 2 of  the Savannah Classic to make the cut with -8 gross score at the Karen Country Club on Wednesday 24 March 2021.

Daniel van Tonder eagled each of the three par fives at Karen Country Club as the South African moved into a one-stroke lead at the halfway point of the Kenya Savannah Classic .

The 30-year-old, who won four of his seven Sunshine Tour titles in the 2020 season, had ten threes on his card on day two in Nairobi – three of them birdies and three of them eagles – as a seven under par 64 added to his opening 65 for a 13 under pat total.

That moved him to the front of the packed leaderboard at Karen Country Club, a short, classic golf course which has proven equally challenging for players of every playing style over both of the back-to-back events held there.

"It started from the tee shots,” said the South African. “I hit three very good tee shots. On the sixth I hit driver and had 177 metres to the pin and hit nine iron, I got short of that last slope and made the putt. Second one was driver, eight iron, pin-high left and made a good putt again. Then the next was driver-wedge and I hit the putt well and made it.

"It’s a bit different this week. Last week I was here as well and missed the cut by one. I was struggling with my swing a bit – trying to play aggressive but it didn’t really work the first day. On the second I got it back. But this week I’ve found something again. I got some confidence out there so I am able to hit the driver on most tee boxes and be aggressive going into the pins.”

Justin Harding, the winner of last week’s Magical Kenya Open, continued his remarkable form at Karen as he carded a 66 to move to drop back to a share of second place having shared the first round lead.

“I think the golf course just suits me well,” said the two-time European Tour winner. “I enjoy it out there, I drove it really well today, I put it in play and to be fair I probably just didn’t hit it close enough to the hole. I made a couple of good long putts but missed a couple of short ones which was a bit annoying.

"Ultimately it’s two good days’ work done and I’ve given myself on the final two days. I think I’ve got to just handle my emotions correctly. Today I was a little grumpier than I’ve been for the last five days but ultimately it’s a beautiful golf course to play and, as I’ve said many times, there are a bunch of birdies out there. If you execute your plan, any one of us can go out there and score so I’m trying to fend off the rest of the guys and see what happens."

He was joined on 12 under par by Scot David Drysdale, who signed for second successive 65 as he hunts a maiden European Tour title. Drysdale missed the cut last week and credits a change in equipment to his turn in fortunes at the Kenya Savannah Classic.

““I guess it was a little bit surprising after last week. Actually I had to change driver head last week to loft up and launch it a little higher in the altitude here and I just hit too many left. I missed a lot of fairways and stymied myself behind a few trees so went back to my old head, nine and a half and I’ve driven it fantastically so far.

“It’s nice to be away from Scotland at this time of the year. You just go out and play but it’s hard not to think about it (not winning) – it’s a record I don’t want to have. That’s what I’m striving for, to win a tournament or win a few but obviously to get the first one. We’ll see what happens. It’s on my mind, not constantly, but it’s something that’s there."

South Korean Kyongjun Moon had the highlight of the day as he made a hole-in-one albatross on the par four seventh hole, holing out from 346 yards with his driver.