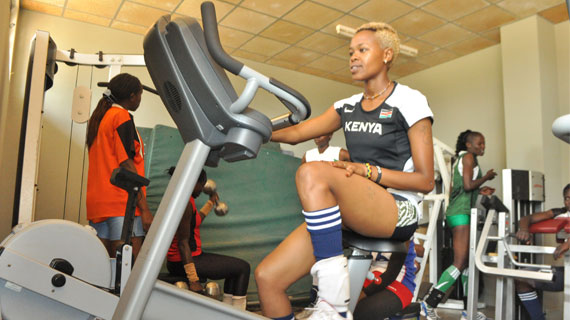 Kenya Prisons long serving setter Jane Wacu has  made a major move back to her former club Kenya Pipeline in a surprise switch that is expected to shake the stability of Kenya Prisons squad ahead of the start of the new season.

After ten years at the Prisons service where she serves as a senior sergeant, the setter has signed a new lucrative three year deal that could see her pocket over 2 Million shillings at her new employers in addition to the many attractive benefits including medical cover , housing and a possible permanent job .

Pipeline have made the move to bring in one of the most experienced setters in Africa hoping to fight for the continental slot later in April as they head to represent Kenya at the Africa Club Champion ships in Tunisia.

Pipeline  are yet to win a continental title in over 12 years having finished third last year during the club championships in Tunisia. They have won 16 medals on the continental championships 7 of these being gold, 6 silver and 3 bronze.

The acquisition of Wacu is also expected to strengthen  the team especially after long serving Pipeline setter Janet Wanja hinted of her exit plan in the coming season.