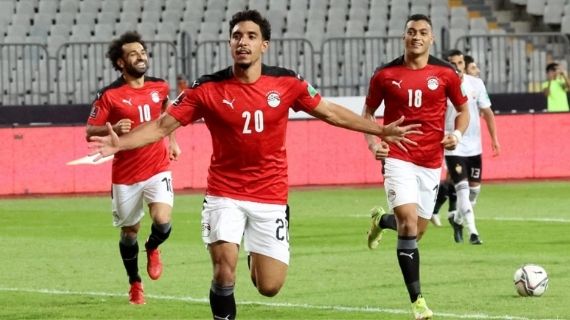 Egypt and Cote d’Ivoire consolidated the leads in their respective pools following decisive wins. Egypt were 1-0 winners over Libya in Cairo, Omar Marmoush netting the all important goal after 49 minutes to see the Pharaohs go top of Group F with seven points from three matches. Libya are a point behind.

The other clash in the group saw Angola go third with their first win, a 3-1 win over Gabon in Luanda, the goals for the Palancas Negras coming from Zini Ambrosini’s 25th minute effort, Ary Papel’s 56th minute goal and Jonathan Buatu’s late goal after Axel Meye had halved the deficit for Gabon in the 83rd minute. Angola are on three points while Gabon are bottom of the group with one point.

Max Gradel, Ibrahim Sangare and Jeremie Boga scored in either half to hand Côte d'Ivoire a vital 3-0 victory away from home against Malawi to cement their hold on top of Group D. The victory took Les Elephants to seven points while Cameroon scored three headers, two of them from Maxim Choupo-Moting and another from Karl Toko Ekambi handed Cameroon a 3-1 victory over Mozambique in Douala to cement their hold on second spot points. Geny Catamo scored Mozambique’s consolation.