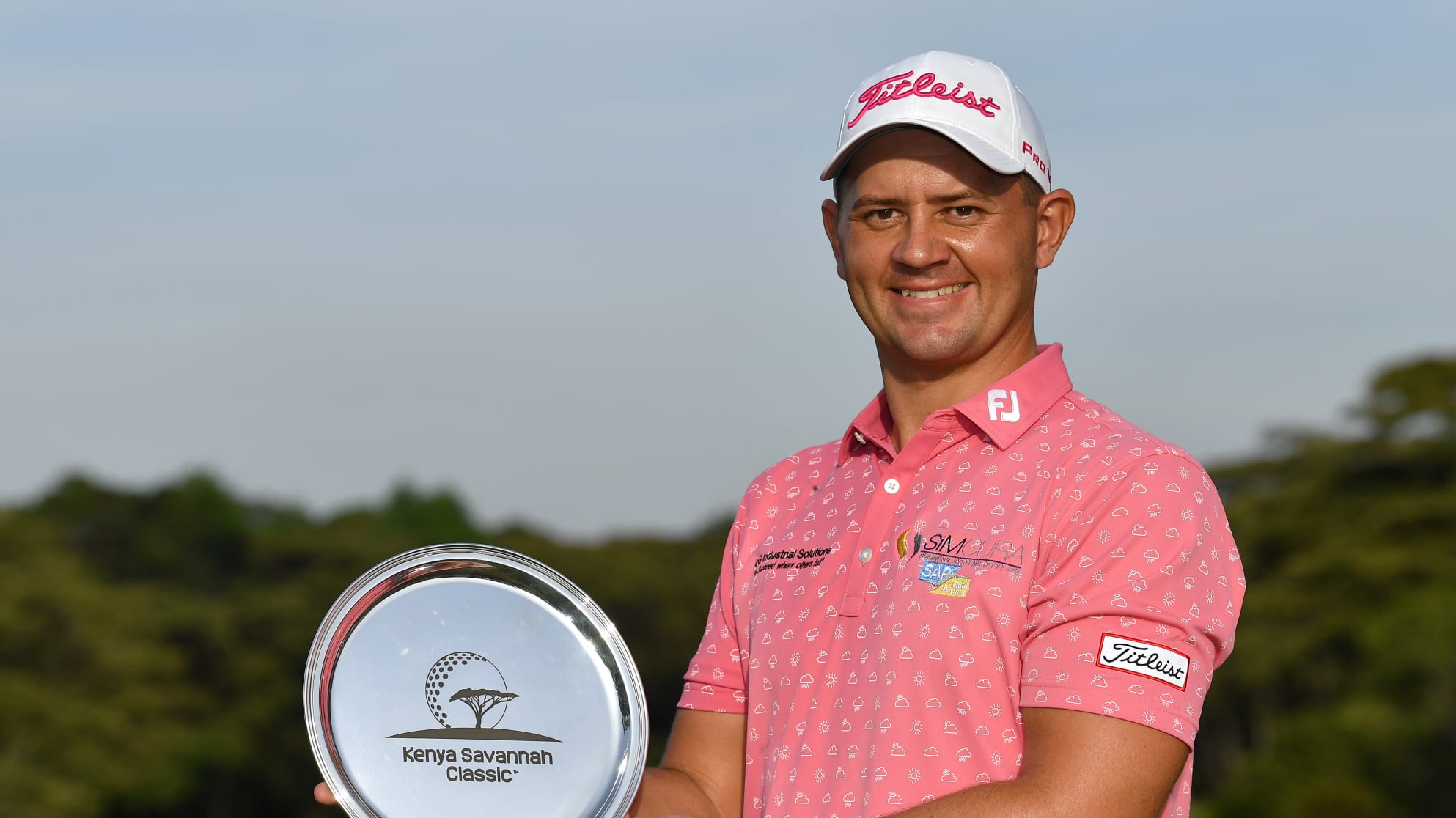 Daniel van Tonder secured his first European Tour title at the Kenya Savannah Classic  after defeating Jazz Janewattananond with a birdie on the third play-off hole at Karen Country Club.  

The 30-year-old South African posted a closing seven under par round of 64 to join Thailand’s Janewattananond on 21 under par and after both players parred the first two trips back down the 18th hole, it was third time lucky for van Tonder as he converted his short birdie putt following a sublime approach.

He was eight under par after 13 holes following five gains in a row from the ninth hole, but back-to-back bogeys at the 14th and 15th handed the advantage to Janewattananond.

He needed to find something special and he holed a lengthy birdie putt on the final hole to force extra holes. "I was struggling last week, but this week I found everything and was very happy," van Tonder said.

"I knew if I gave myself some putting chances, I’d make one sooner or later. "I’ve been working hard. Last year I had four wins on the Sunshine Tour, my stroke average was quite low – then Covid happened and it made everything a bit hard travel-wise and getting in to tournaments. It wasn’t easy. I had to work hard and keep myself motivated. It paid off, so I’m very happy.

"I’m a bit different. I love pressure, if there’s pressure I get more in the zone. For me, I tried to keep it as easy as possible – hit the fairway first, then the second, put the other player under pressure and see what happens from there. I took it shot-by-shot and it worked."