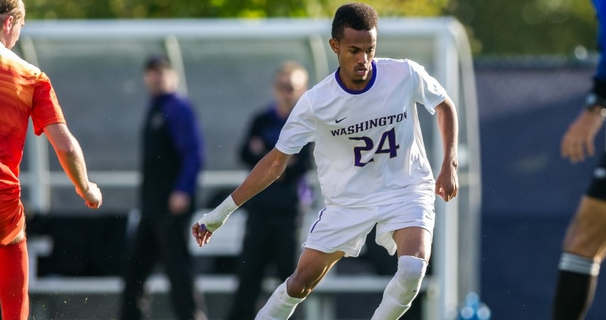 Football Kenya Federation (FKF) has always been accused of not keeping tabs with players plying their trade in foreign countries. Countless players, some who hold dual nationality,  and  are willing to don the national jersey have ended their careers without any call-up to the national team Harambee Stars.

However, this narrative has been changing slowly as FKF has taken upon itself to track talents with Kenyan origin in a bid to court them to play for Harambee Stars.

Below is a list of players that are in FKF radar or eligible to play for Kenya and could feature for Harambee Stars one day if they honor the call-up.

Currently based in Denmark,  21-year old Thobias Ndungu plays in the left back position but can also perform defensive duties as a centre-back  or a right-back.

Ndungu began his career at  FC Copenhagen on September 22, 2010 in a league match against Viby IF. He was loaned  to Norway Bodø / Glimt onn August 2011 for the remainder of the season. He then joined HB Køge in July 2012 on a one-year contract but extended his stay to three seasons.

In 2014, Ndungu joined Academic Bold Club where he played three matches before heading to USA to join Westchester Flames PDL team. He then relocated to Europe where he joined Norwegian side HamKam in 2016 and played for one season before heading back home to join Fremand Amager.

Ndungu has been capped nine times for the Danish national team, four by Denmark  U18 and five with Denmark U19 teams .

“Recently Met with Thobias Ndungu of Danish top division side Fremand Amager and discussed the possibility of him representing Kenya. This evening in Copenhagen”

Born in Mombasa, Kenya in 1999, the 18-year old Handwalla moved with his family to United States of America in 2010 and settled in Atlanta before latter moving to Seattle.

He then moved to University of Washington where he played for the Washington Huskies for two seasons. Bwana made 39 appearances for the College side and scored 12 goals.

On January 2018, he rejoined  Seattle Sounders FC as a homegrown talent and went on to feature for his club in the CONCACAF Champions League quarterfinal tie against Mexican club Chivas just three days into his new contract.

Handwalla Bwana made his Major League Soccer (MLS) debut against FC Dallas on March 18,  2018. Bwana opened his account in the MLS on 10th May, 2018 when he netted the winner for Seattle Sounders   against Toronto.

Paperwork tunasukuma. Should be ready by next matches in May/June https://t.co/eNbGdi9zCq

Born in Vienna , Austria on 29 January 1994  Phillipp Mwene plays as a defender for FC Kaiserslautern in the German Bundesliga 2. Phillipp Mwene holds a  dual citizenship of Kenya and Austria and is therefore eligible to play for both countriess.

He started his career with the VfB Stuttgart under 19 in 2013.After three seasons he joined his current club  Kaiserslautern in 2016/2017 season. After a slow start, Mwene had a good 2017/2018 season where he made 31 appearances in the Bundesliga 2 and netted four goals

Joshua Lelan Kipkemboi  is a 23 year old defender born in Church Broughton, England. Josh Lelan started his career within Derby County's youth system in 2011 then had loan stints with Gateshead, Swindon Town and Northampton Town before rejoining Derby County U23 team in 2016/2017 for half a season then was loaned to Crawley Town.

As a youngster, Lelan had always wanted to play for Kenya. His dream came true on August 2016 when he got his first call-up and on 30th August when he came on as a 80th minute  sub for Kenya against Uganda  in a friendly at the Namboole stadium

20-year old  Jonah Ananias Paul is a striker currently on loan at  Poole Town from Brighton and Hove Albion U23 side. He had been loaned to Galway United and Sligo Rovers in 2017 season.

He has already received call-ups to the Germany U16, Germany U17, Germany U18 and Germany U19 between 2014 with a total of 18 appearances and one goal to his credit.

With the Die MannSchaft call-ups, Maina’s case for turning out for Kenya could be slim but worth trying.

Do you know of  a talented player you would love to see in the Harambee Stars but FKF are not aware? Comment below.