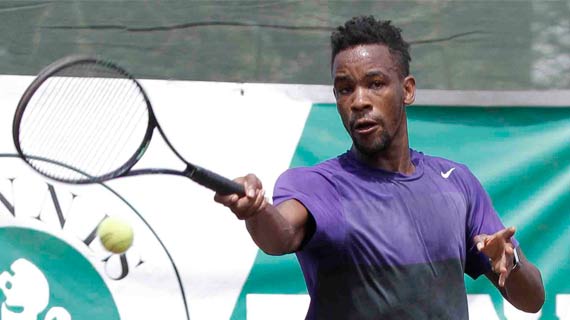 Uganda's Duncan Mugabe and Argentina's Natali Coronel are the winners of the 2017 edition of the annual Kenya Tennis Open championships.

The two were crowned champions on Saturday afternoon  at the Nairobi Club walking away with 90,000 and 80,000 shillings respectively in cash prizes.

Changawa was one of the biggest losers at the tournament as he failed to shine this year losing in the semi finals to counterpart Kotecha.

The Argentine Coronel who is in Uganda for a job related attachment defeated Gabon's Celestine Avomo 6-3, 4-6, 6-0 to bag her first Kenya Open title.

" It was a tough competition but I am glad I came to take part because the level of individual brilliance here has pushed me to good limits. I am happy for the win." Coronel told michezoafrika.com after the finals

The Changawa siblings who failed to reach the finals  had something to smile about as they walked home with the mixed doubles after beating the pair of Mugabe and Coronel.

The tournament was sponsored by Britam to a tune of 9 Million shillings.